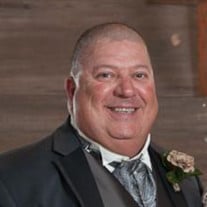 Alex Gerard Marshá, 60, passed away peacefully on Saturday, January 8, 2022, after an unexpected illness. He was born January 30, 1961 in Columbia, South Carolina to Paul (Boo) and Mary Lois (MamaLo) Marshá. A 1979 graduate of W.J. Keenan High School, teenage Alex was passionate about soccer and rock and roll. He went on to attend the University of South Carolina where he majored in Journalism and Mass Communications and founded the Frisbee team which his nephew Alex Cartledge would join many years later. He remained a lifelong Gamecock fan and rarely missed watching the Gamecocks play. Alex found his calling in the military as an Air Traffic Controller and served with distinction in the United States Air Force and Air National Guard until retiring as a Technical Sergeant/E-6 after a combined 24 years of honorable service. He served in Desert Storm, Operation Iraqi Freedom, and Operation Southern Watch. Known as “MA” to fellow controllers, he made an indelible impression on everyone he met, especially in the aviation community. Upon retirement, he worked 10 years in Afghanistan at Bagram Air Base and Kandahar Air Base as an Air Traffic Control Manager, directing combat air traffic operations during the Afghan crisis. Upon leaving Afghanistan, Alex worked on Air Traffic Control contracts in Guantanamo Bay, Cuba and Martha’s Vineyard, Massachusetts. Alex was a consummate professional with an exemplary work ethic. Most recently, Alex worked as an Air Traffic Control Instructor teaching combat air traffic controller skills to active duty service members. An adventurer at heart, Alex loved to travel and collect experiences and friends. He traveled the world with the military and for his civilian air traffic jobs and made friends from all walks of life, collecting amazing stories as he went. He felt most at home on the water and loved sailing, kayaking, and feeding the water fowl that made their home in his backyard. Like his father before him, he found joy in caring for and feeding all the birds around his home and found equal delight in keeping the squirrels away from the feeders. Alex also frequently indulged his passion for cooking both Lebanese and Southern cuisine and was renown with both family and friends for his squash casserole, zucchini quiche, Lebanese meat pies, and amazing pecan muffins. He was an avid reader, involved in tracing the family genealogy through Lebanon and Tennessee, and participated in reenactments of military events from American history. Other activities that brought him joy included biking, golfing, working on DIY home projects, creating art from repurposed materials, wine tastings, and relaxing around the fire pit with family and friends. He is predeceased by his parents, Mary Lois Shuster Marshá (MamaLo), and Paul Gerard Marshá (Boo) and his baby sister, Amy Elizabeth Marshá. He is also predeceased by his grandparents Alex John Marshá and Marie Roukos Marshá of Columbia, SC and Frank Shuster and Essie Shuster of Sparta, Tennessee. He is survived by his daughter Ashley Anderson Marshá, his fiancé Jacqueline Ouimette; his sisters Lisa Marie Marshá, Paulette Marshá Cartledge (Bryan), Karen Marshá Hudgens (Johnny), and Dawn Frances Marshá; his nephews Zac Cartledge (Heidi), Alex Cartledge, Jack Hudgens, Luke Hudgens, Nick Hudgens, Joshua Anders (Marie), Jordan Pridgen, and Jackson Pridgen; his great nieces Zoë and Clara Wren Cartledge and great nephew Zane Cartledge; his aunt Margarette Ruth Marshá Mills and uncle Bill Shuster; and a very large family of cousins. In addition, Alex is survived by his extended family, Shelby Ouimette, Lauren Williams (Eric), Jaqueline’s grandchildren Riley, Cameron, and Jack Williams, Dawn Roberts Goa (Bill), Desi Roberts Anders (Lars Crombie), and his best friends Roscoe Still and Jeff White as well as others. Upon the family’s request, and due to COVID, the burial will be private for immediate family only. We kindly ask for support and comfort during this time and ask you join us online to stream the funeral here: https://www.shivesfuneralhome.com on January 29, 2022 at 10:30 a.m. A celebration of life will be held at a later date when it is safe to do so. Details will be announced and shared at a later date through social media. Shives Funeral Home, Trenholm Road Chapel, is assisting the family. We ask that, in lieu of flowers, memorials/donations be made to Patriot Guard Riders at the following website: https://www.patriotguard.org/donations/tribute-donation/. The Patriot Guard is a non-profit organization which ensures dignity and respect at memorial services honoring Fallen Military Heroes, First Responders and honorably discharged Veterans. Alex served with the Patriot Guard in North Carolina and Florida, and it was important to him that veterans and their families were given the respect and support they deserved. To all of the Marshá/Ouimette family, friends, co-workers, colleagues, and all who know us, thank you all for your tremendous support at this time. Thank you as well to our healthcare workers who work tirelessly for us all. We humbly express our deepest gratitude to the medical staff at Duke Regional Hospital in Durham, NC, who cared for Alex.

The family of Mr. Alex Gerard Marshá created this Life Tributes page to make it easy to share your memories.

Send flowers to the Marshá family.