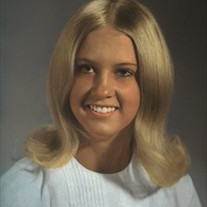 Anita Sue Houseman, 69, of Columbia, died Sunday, October 24, 2021. Born June 6, 1952, in Wytheville, Virginia, she was the daughter of the late Luther Francis Arnbrister and Geneva Bourne Porter Arnbrister. Prior to her retirement, she owned... View Obituary & Service Information

The family of Mrs. Anita Sue Houseman created this Life Tributes page to make it easy to share your memories.

Send flowers to the Houseman family.