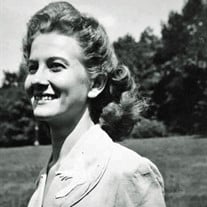 Anita C. Kirby, of Columbia, passed away on June 16, 2020, at the age of 94. She was the daughter of George Coutsos and Frances Keen. Anita was a graduate of the Columbia Hospital School of Nursing, Cadet Nurse Core and Columbia College. She dedicated her life to the care of others; patients, friends, and family. Her last 36 years of nursing were at the VA Hospital as Surgical Coordinator. Anita was a member of the First Baptist Church where she was secretary-treasurer of the Naylor Sunday School class. In the summers she enjoyed her frequent trips to her home in Surfside Beach and her early morning shell collecting on the shore. With the fall came GAMECOCK football, GAMECOCK basketball, and GAMECOCK baseball. One of the many honors she was awarded in life was her recognition in 2015 as the longest GAMECOCK Club member and ticket holder (74 years at her passing). As a faithful nurse, wife, parent and servant of God in life, she is now, as promised, in His house of many mansions. Anita was predeceased by her husband, Col. Robert M. Kirby, (USAF); her parents and siblings, Ruth Gann, Olga Grimsley, Froshene Ross, Helen Wilson, Penelope Tucker, George Coutsos, John Coutsos, William Coutsos, and Gus Coutsos. Surviving family members are her children, Barbara K. Smith, Robert M. Kirby, Jr.; her grandchildren, Caroline Smith (Bernie), Carlisle Smith (Sally), Blythe Emens (Trent); as well as her great-grandchildren, Kinley Warlick, Layken Spigner, Caden Smith, Austin Pelfrey, Ellison Emens and Erskine Emens; and a brother, James Coutsos. A special thank you is extended to Margot Ewing for her support to the family. Mrs. Kirby will lie in repose and be available for public viewing from 9 until 5 o’clock, Friday, June 19th at Shives Funeral Home, Trenholm Road Chapel, 7600 Trenholm Rd. Ext., Columbia, SC. A graveside service will be held at 11 o'clock on Saturday, June 20th, at Greenlawn Memorial Park, 7100 Garners Ferry Rd., Columbia, SC. Memorials may be made to the Warriors Walk of William Jennings Bryan Dorn VA Medical Center, 6439 Garners Ferry Road, Columbia, SC 29209 or a veteran’s charity of choice.

Anita C. Kirby, of Columbia, passed away on June 16, 2020, at the age of 94. She was the daughter of George Coutsos and Frances Keen. Anita was a graduate of the Columbia Hospital School of Nursing, Cadet Nurse Core and Columbia College. She... View Obituary & Service Information

The family of Mrs. Anita Coutsos Kirby created this Life Tributes page to make it easy to share your memories.

Send flowers to the Kirby family.