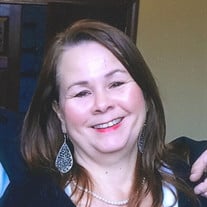 Anne Graddick Branham, 58, of Blythewood, died Friday, January 1, 2021. Born in Columbia, SC, on September 15, 1962, she was a daughter of the late James Boyd and Vera Miles Graddick. Anne was a graduate of Eau Claire High School, Furman University, and Baptist Hospital Surgical Tech Program. Anne grew up in Blythewood on a chicken farm with her parents and 5 siblings. Anne and Alan began dating in 1977 and married in 1981. They remained in Blythewood and raised their 3 children there. After leaving her job as a surgical technologist at Baptist Hospital, she opened her own business offering services as a medical transcriptionist. Anne was a member of Sandy Level Baptist church for over 30 years. Anne was very active in her church, where over the years she taught classes to children and youth of all ages. She also was involved in dozens of mission trips in many locations throughout the US and Canada. She was a student of the Word, having done Precept Bible studies for over 20 years. Her Bible Study group will miss her tremendously. In more recent years, Anne was involved in support groups both locally and online for Chronic Lyme Disease, advocating for research and awareness. She enjoyed spending time with her 5 grandchildren, who lovingly called her “Enna”. She also enjoyed singing, playing her favorite hymns on her piano, crafting, restoring furniture, and baking treats for her grandchildren. They especially loved her apple bread, banana bread, and peanut butter cookies. Anne truly had a servant’s heart. She was always willing to help, support, and encourage anyone in her path even when it caused her physical pain. She displayed the love and grace of God to all she met. She is dearly missed by her family and all those who knew her. Survivors include her husband, William Alan Branham; daughter, Rebecca Geddings (Rev. Daniel Geddings); son, Mark Branham; daughter, Rachel Favors (Jason); grandchildren, Emma, Jackson, Kate and Miles Geddings, and Mason Favors; siblings, Jimmy Graddick (Joan), Virginia Stout (Jim), Barbara Dodds (Roger), Alice Mattox (Tim), and Tommy Graddick (Sherri); as well as a host of nieces, nephews, and extended family members. The graveside service for Mrs. Branham will be held 2 o’clock, Wednesday, January 6th, at Sandy Level Baptist Church, 408 Blythewood Road, Blythewood, with Rev. Daniel Geddings officiating. Shives Funeral Home, Trenholm Road Chapel, is assisting the family. For those unable to attend, a livestream of the service may be seen by visiting her tribute page at ShivesFuneralHome.com. Mask and social distancing are required to create a safe environment for all. Memorial contributions in Mrs. Branham's memory may be made to Sandy Level Baptist Church, Mission Fund, 408 Blythewood Road, Blythewood, SC 29016.

The family of Mrs. Anne Graddick Branham created this Life Tributes page to make it easy to share your memories.

Send flowers to the Branham family.