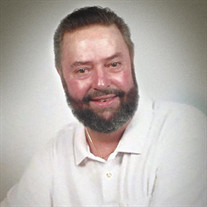 Arthur Graham “Skip” White, Jr., 72, of Columbia, died Monday, August 3, 2020 in Greensboro, NC. Born June 29, 1948 in Columbia, he was a son of the late Arthur Graham “Bubba” White, Sr., and the late Henrietta Stubbs White. In addition to his father and mother, he was preceded in death by his wife, Barbara Wylie White and his step-son, Franklin Joseph Brown. He is survived by his sister, Mary Ann White; daughter, Lisa Corrigan (Barry) of Middleburg, FL; step-sons, Bryan A. Brown (Sheri) and Mark D. Brown (Wanda) of Greensboro, NC; and grandchildren, Aidan, Austin, Kinley and Parker Brown. Skip never met a stranger and was well-liked by all who met him. He was a hard-working provider for his family and caregiver to his wife and children later in life. Skip was a valued and long-time employee of Southern Glazer Wine and Spirits, retiring in 2013 after a 40-year career there. He loved fishing and competed in several tournaments. His other hobbies included golfing, grilling, hunting and watching television. He loved sports and was a life-long South Carolina Gamecocks fan, as well as a Dallas Cowboys fan. The lives of his family and friends are enriched for having known him. A private family ceremony is planned. In lieu of flowers, memorials may be made to the American Cancer Society, South Carolina at donate3.cancer.org/.

The family of Mr. Arthur Graham "Skip" White Jr. created this Life Tributes page to make it easy to share your memories.

Send flowers to the White family.