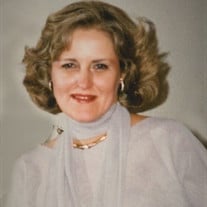 Barbara Mogg Guignard, 79, of Columbia, South Carolina, died Thursday, September 3, 2020, of sudden cardiac arrest.  Born March 31, 1941, in Indianapolis, Indiana, she was the daughter of the late Millard E. Mogg and Juliana Bauer Mogg Lapenta.  She spent her formative years in Coral Gables, Florida, and Lake Geneva, Wisconsin. Her father owned Chris-Craft boat dealerships in both cities. At an early age, “Big Sister” and her “Little Brother”, Steve, two years her junior, became experts at small craft handling either under sail or under power on the idyllic waters of Lake Geneva. Barbara Anne Mary Elizabeth Mogg attended parochial and public schools in Coral Gables, graduating from Coral Gables High School in 1959. She earned her Bachelor of Art degree in 1963 from Lindenwood College (now Lindenwood University) in St. Charles, Missouri.  During her junior year, she had the unique opportunity of studying abroad for a year at The Institute for American Universities in Aix-en-Provence, France.  While there, she met her future husband, James S. Guignard.  Following college, Mrs. Guignard was employed by Delta Airlines from 1963-1973 in the sales and reservations division of Delta’s Washington, DC, office.  Following her marriage to Jim in 1971, they spent a brief period in Washington, and then relocated to Columbia in 1973 for Jim to attend law school. Mrs. Guignard had a true gift for the art of entertaining and was passionate about music and travel and was a patron of the arts. She was a fabulous cook and decorator and could turn a handful of flowers into a masterpiece, making her home resemble a page from an interior design magazine. Barbara and Jim hosted many musical events in their lovely home to help raise funds for the Friends of the USC School of Music, and Barbara was the perfect hostess, coordinating every detail. She and Jim greatly enjoyed entertaining family and friends, over her married life hundreds of people graced their home. Whether it was a party, an event or just Christmas dinner, her warm and inviting manner made everyone feel special. She also loved to garden and dedicated many hours to the beautification of her yard and her special little gardens.  From 1982 to 1991, Barbara and Jim lived in Brussels, Belgium, where she was the Chairman of the Travel Committee for the American Women’s Club in Brussels. During that time, she coordinated many trips for its members to places around the world, such as Moscow, Tel Aviv, and Istanbul. She was also an avid supporter and founding member of The Friends of the USC School of Music, where she served several terms as president and was responsible for menu planning for the annual Moveable Musical Feast and the Columbia Music Festival Association (CMFA), where she currently served on the board of directors. Mrs. Guignard also pursued other activities within the community and was an active member of the Gay Gardner’s Club, former member of the English Speaking Union and Alliance Française.   Survivors include her husband, James S. Guignard; brother, Stephen A. Mogg of Pensacola, Florida and his children, Christopher A. Mogg of Buda, Texas and Carey Mogg Hensley of Pace, Florida, and their respective children; sister, M. Lucinda Karra of Columbia; sister-in-law, Emilie Guignard of Columbia, her children and grandchildren; as well as her brothers-in-law, Allen Guignard and wife, Rita, of Greenville, South Carolina, and John Bruce Guignard and wife, Claudia, of Columbia along with their children and grandchildren. In addition to her parents, she was preceded in death by her stepfather, Biagio Lapenta. A private celebration of her life will be held ay 11:00 o'clock am on Monday, November 2, 2020 at Trinity Episcopal Cathedral in Columbia, S.C. with The Reverend Patsy Malanuk officiating. The service can be seen on the church's website or by using the following link: https://vimeo.com/472172977. The family wish to acknowledge the gracious assistance of the staff at Shives Funeral Home, Trenholm Road Chapel. In lieu of flowers, memorials may be made to The Friends of the USC School of Music, c/o University of South Carolina School of Music, Columbia, South Carolina 29208, Still Hopes Episcopal Retirement Community, 1 Still Hopes Drive, West Columbia, South Carolina 29169, Columbia Music Festival Association, 914 Pulaski Street, Columbia, South Carolina 29201 or the charity of one’s choice. This obituary originally appeared on the Shives Funeral Home website and The State newspaper on September 6, 2020. Minor revisions were made in this version on September 9, 2020.

The family of Barbara M Guignard created this Life Tributes page to make it easy to share your memories.

Send flowers to the Guignard family.