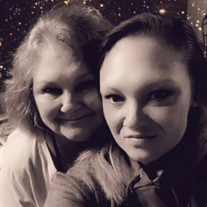 Beverly E. Hamilton, 60, of Columbia, SC, departed this life October 20, 2021 and entered into her forever home in Heaven. Beverly was born in Hope, AR on September 7, 1961 to Sunny and Hazel White. She graduated from Hope High School. She... View Obituary & Service Information

The family of Ms. Beverly Elise Hamilton created this Life Tributes page to make it easy to share your memories.

Send flowers to the Hamilton family.