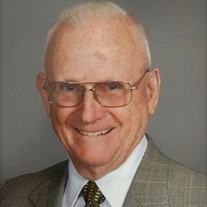 LTC Carl Richard Smith, US Army (Ret.), 89, of Columbia, died Thursday, August 19, 2021. Born April 19, 1932, in Tientsin, China, he was the son of the late Major General Wayne Carleton Smith, US Army (Ret.) and Mildred Louise Little Smith. LTC Smith was a 1951 graduate of Clarksville High School in Clarksville, TN. While in high school he lettered in multiple sports and was the President of his graduating class, where he was named Handsomest and Most Courteous by his classmates. In 1951, LTC Smith was selected as the Tennessee State Student Council Association President. He attended the United States Military Academy at West Point and went on to serve his country honorably for the next 24 years in the US Army. During his distinguished career, he served as a Paratrooper, Army Ranger, and a member of the 3d U.S. Infantry Regiment, commonly referred to as “The Old Guard”. LTC Smith earned many commendations for his devotion to our country and his service during the Vietnam War, including, The Bronze Star Metal, National Service Defense Medal, Vietnam Service Medal, Vietnam Campaign Medal, Army Commendation Medal, Air Medal, Vietnam Cross of Gallantry w/Palm, Vietnam Cross of Gallantry w/Silver Star, Meritorious Service Medal, Parachutist Badge, Expert Infantryman Badge, Combat Infantryman Badge, and Ranger Tab. He was also a member of The National Society of Pershing Rifles. After serving in the military, in 1981 LTC Smith founded Planned Administrators Inc. (PAI), an employer self-funded insurance provider and third party claims administrator. He sold the company to BCBS of SC in 1984 and continued to serve as President until his retirement in 1987. PAI is still in existence and celebrating 40 years in the Industry this year. During his spare time, LTC Smith always enjoyed the water. He was a competitive platform diver and water polo player. He felt at home swimming, scuba diving, surfing, and boating. He loved the beach. LTC Smith was an avid golfer, gardener, and no matter how difficult, enjoyed cheering on The University of South Carolina Gamecocks. His greatest joy in life was his family and he cherished every moment spent with them. He was a devout Christian who served his Lord as a member of St. Michael and All Angels’ Episcopal Church for 49 years. He was a member of the vestry and maintained the church yard and garden for many of those years. Survivors include his wife of 64 ½ years, Margaret Elizabeth Parker Smith; children, David Carl Smith (Quenna) of Columbia and Melinda Parker Sarvis (Bob) of Sniders, SC; grandchildren, Savannah Kruzner (David Perez), Alex Kruzner, Sean Kruzner, and Anna Lee Elizabeth Smith. In addition to his parents, he was preceded in death by his brothers, LTC Wayne C. Smith, Jr., US Army (Ret.) and LCDR Robert Morris Smith, US Navy (Ret.). The memorial service for LTC Smith will be held eleven o’clock, Thursday, September 2nd at St. Michael and All Angels’ Episcopal Church, 6408 Bridgewood Road, Columbia, with The Rev. Charles J. Smith officiating. Burial with full military honors will follow at one o’clock at Fort Jackson National Cemetery, 4170 Percival Road, Columbia, SC. Shives Funeral Home, Trenholm Road Chapel, is assisting the family. In lieu of flowers, memorials may be sent to the Lexington Medical Center Foundation, 2720 Sunset Boulevard, West Columbia, SC 29169.

The family of LTC Carl Richard Smith US Army (Ret.) created this Life Tributes page to make it easy to share your memories.

Send flowers to the Smith US Army (Ret.) family.