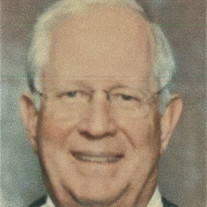 Clyde Henry Hamilton, Senior United States Circuit Judge for the Unites States Court of Appeals for the Fourth Circuit, died peacefully at home in Columbia, South Carolina, surrounded by his loved ones on September 2, 2020. He was 86. Judge... View Obituary & Service Information

The family of Hon. Clyde Henry Hamilton created this Life Tributes page to make it easy to share your memories.

Send flowers to the Hamilton family.