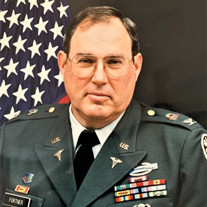 COL(R) Bryant Reeves Fortner Jr., M.D., 78, of Columbia, passed away on 28 March 2022 at home. Born in Columbia, South Carolina on 6 December 1943, he was the son of the late Bryant R Fortner Sr. and Margaret Hendrix Fortner. He graduated from Waco High School and continued his education earning a Bachelor of Science degree from the University of South Carolina and a Medical Degree from the Medical University of South Carolina. Bryant was a decorated Army veteran who served his country for over 28 years beginning his career in Vietnam and ending his career as the commander of Moncrief Army Hospital at Ft. Jackson, SC. After he retired from the military, he began his second career with the State of South Carolina where he performed many duties. He served as the resident physician for the Department of Juvenile Justice, an adjunct professor for USC, and the director of newborn screenings for the state. Bryant enjoyed traveling, exploring, waterskiing, boating at the lake, and beach trips. He had a talent for music playing both the piano and guitar, and his creativity was demonstrated in his woodworking and crafting projects. He loved his family deeply enjoying games and family outings. While Bryant was a man of few words, he had a dry sense of humor and wit that was appreciated by all. Bryant was a beloved husband, father, and grandfather. He is survived by his wife of 52 years, Sandra Zirkle Fortner; daughter, Kimberly Speed (Kevin); son, David Fortner (Catalina); grandchildren, Rebecca Speed, Daniel Speed, Matthew Speed, Jacob Fortner, and Hennecy Fortner; sister, Helen Moorhead (Fred); niece, Kelly Moorhead, and her daughter Melanie. The funeral service for COL (R) Fortner will be held at 2 o’clock on Monday, April 4th, at Shives Funeral Home, Trenholm Road Chapel, 7600 Trenholm Road Ext., Columbia, SC 29223. Family will receive friends, at the funeral home, for visitation beginning at 1 o’clock. The graveside service will be held at 1 o’clock on Tuesday, April 5th, at the Fort Jackson National Cemetery, 4170 Percival Road Columbia, SC 29229. In lieu of flowers memorial donations may be given to The American Red Cross.

COL(R) Bryant Reeves Fortner Jr., M.D., 78, of Columbia, passed away on 28 March 2022 at home. Born in Columbia, South Carolina on 6 December 1943, he was the son of the late Bryant R Fortner Sr. and Margaret Hendrix Fortner. He graduated from... View Obituary & Service Information

The family of COL(R) Bryant Reeves Fortner, Jr., MD created this Life Tributes page to make it easy to share your memories.

Send flowers to the Fortner family.