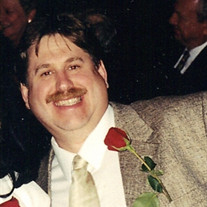 Dr. David Corey, 60, died on Thursday, March 25, 2021. Born in Saratoga Springs, New York on April 12, 1960, he was the son of Raymond Roy Corey and Eleanor Ahrens Corey. David Corey was an accomplished scientist, researcher and scholar. He had many publications to his credit. He attended the University of Miami, University of Central Florida and Southern Illinois University. Dr. Corey received his Bachelor of Science in Zoology and his Master of Science in the Biological Sciences from the University of Central Florida. He Received his Doctor of Philosophy in Zoology from Southern Illinois University in August 1993. In December of 1993, David Corey was hired as Biology faculty at Midlands Technical College where he served for 26 years before his retirement in 2019. David took pride in his Anatomy & Physiology students who went on to serve the community as Health Scientists and Nurses. He received numerous honors during his career and was recognized by Who’s Who for his many accomplishments. Dr. Corey was also an expert diver. He was a dive master, Master diver, Rescue diver and cave diver and logged numerous hours diving. David life was dedicated to taking care of the environment. He loved his saltwater fish tanks with a 210 gallon and 180 gallon being the largest. Oh did he love his dogs. Tucker Boy was his heart and soul and David was Tucker’s heart and soul. Dr. Corey married Helen McGill and each completed the other’s life. Survivors include his beloved wife, Helen McGill Corey; Tucker, Barron, Zelda and Nikki, his furry children. Other family includes two sisters, Debra Jean Collins, of Inverness, Fl. and Diane Michelle (Corey-White) Schultz (Steve) of Smithfield, Va.; three stepbrothers, Craig Gill (Sandy), of Lake Fredrick, Va., Jay Gill (Lorraine) of Plant City, Fl., and Troy Gill (Kitty), of DeLand, Fl.; 2 nieces, Teri Collins and Emily (White) Carter (Campbell), 2 nephews, Ryan White (Chelsea) and Austin White; 2 great nieces, Madelyn Carter and Rosemary Carter. David Corey was preceded in death by his mother, Eleanor Ahrens Corey; and his father, Raymond Roy Corey; two uncles, Edward I. Corey and David T. Corey; and an Aunt, Carolyn K. Spriggs. The funeral service for Mr. Corey will be held at 11 o'clock, Friday, April 2nd, at Shives Funeral Home, Trenholm Road Chapel, 7600 Trenholm Road Ext., Columbia. A natural burial will follow at 2 o'clock, in Greenhaven Preserve, 1701 Vanboklen Rd, Eastover, SC 29044. The family will receive friends from 10 until 11 o'clock prior to the service at the funeral home. A livestream of the service will be available by visiting his tribute page at ShivesFuneralHome.com Memorials may be made to American Arachnological Society, https://www.americanarachnology.org/donations.html; American Heart Association, 190 Knox Abbott Drive, Suite 301, Cayce, SC 29033; or to the American Kidney Foundation, 6110 Executive Blvd., Suite 1010, Rockville, MD 20582.

The family of David Corey, PhD created this Life Tributes page to make it easy to share your memories.

Send flowers to the Corey family.