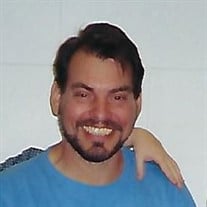 David M. “Katman” Katz, 58, of Blythewood, died Monday, June 8, 2020. Born December 12, 1961, in Columbia, SC, he was the only child of Jim Katz and the late Jane Katz. David was an avid outdoorsman and he hunted and fished every chance he got. He never met a stranger, and was loved by all who knew him. His other love in life was shopping for a bargain, he could tell you where anything and everything was “on clearance” and how much it cost. He had the entire inventory of every local pawn shop in his memory, and more than likely knew everyone who worked there as well. David is survived by his father; two step-sisters, Julie Sanders (Chris) and Debbie Barnes; aunt Mary Evans; Kelon Brown; along with an untold numbers of friends. He was preceded in death by his mother. The graveside service for Mr. Katz will be held 10 o’clock, Saturday, June 13th at Memorial Gardens of Columbia, 9301 Wilson Blvd., Columbia, SC 29203 with The Rev. Steve Reynolds officiating. A visitation will be held from 6 to 8 o’clock, Friday, June 12, 2020, at Shives Funeral Home, Trenholm Road Chapel. For those individuals unable to attend, the service will be live streamed at ShivesFuneralHome.com by visiting his tribute wall. David would want everyone planning to attend to come as you are; blue jeans and/or camo is proper attire.

The family of David Michael Katz created this Life Tributes page to make it easy to share your memories.

Send flowers to the Katz family.