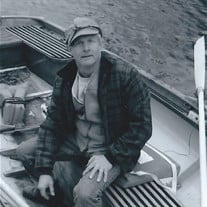 David James Kinder Sr., 69, of Columbia, passed away at home on February 23, 2021 following a courageous battle with Parkinson’s Disease. He was born October 21, 1951 in Columbia, South Carolina to the late Dr. Emory Clifton Kinder and Hilda Whitaker Kinder. His wife of 37 years, Debra Brelsford Kinder, two cherished sons, David James Kinder Jr. and Emory Clifton Kinder II, and his adopted niece, Elizabeth Patricia Landes, survive him. David was graduated from Dreher High School in 1969, and attended the University of South Carolina. David was an avid hunter and fisherman and the sole proprietor of Barron’s Fishing and Hunting Center from 1973 – 1998. He served honorably in the SC Air National Guard for six years. David is an Eagle Scout from Troop 14, Trinity Cathedral. He and his family attended St. John’s Episcopal Church. David was a past member of the Pine Tree Hunt Club. He was past President and Paul Harris Fellow of the Columbia East Rotary. As a member of the Rotary, David coordinated a spring camp experience for disadvantaged youth from Hand Middle School, Camp O.K. at Camp Gravatt, which continues annually. In addition, he served as President of the Columbia chapter of Quail Unlimited, was a member of both Ducks Unlimited and the Wild Turkey Federation. One of David’s proudest affiliations was with the Executive’s Association of Greater Columbia (E.A.G.C) for 30 years. He served as president of the E.A.G.C from 1992-1993 and was recognized as an Outstanding Valuable Member, Executive of the Year, and received the Hugh Fenzel Spirit of the E.A.G.C Award. The members of the E.A.G.C honored David with the creation of The David Kinder Courage Award in 2007. This Award has since been presented to thirteen fellow members who have also faced serious health challenges. David established the “Shoot for the Cure” charity fundraiser for Parkinson’s research at Emory University. The SC Department of Vocational Rehabilitation recognized David for creating modifications to fishing equipment which afforded disabled individuals the opportunity to fish. David was fortunate that his profession enhanced his love for the Great Outdoors. He often hunted and fished throughout his home state. Among his favorite pastimes was swapping stories with his fellow sportsmen while at Barron’s. David also had a great passion for vintage Indian and Harley Davidson motorcycles. Throughout his adult life he could be seen riding the streets of Columbia on his beloved motorcycles. In addition to his parents, David was predeceased by his brother, Clif Kinder. He is survived by his brothers, Dr. Whit Kinder (Anne) and Alan Kinder (Debbie); sisters-in-law, Bevie Hardy (Archie), Dr. Kathleen French (Jim); nieces, Perry Longno, Emmie Wright, Meg Manuel, Merritt Barrow, Jessica Kelly, and Chandler French; nephews, Whit Kinder, Morgan Kinder, Alan Kinder, and Jim French. The family would like to express their gratitude to all of his family and friends who so kindly supported David throughout his struggle with Parkinson’s Disease. A memorial service and celebration of the life of David James Kinder, Sr. will be held at a future date as COVID restrictions are lifted. Please refer to the Shives Funeral Home website for details. Memorial contributions may be sent to St. John’s Episcopal Church, 2827 Wheat St, Columbia, SC 29205; Indian Waters Council, BSA, 715 Betsy Dr #B6, Columbia, SC 29210; or a charity of your choosing. Expressions of sympathy may be left at ShivesFuneralHome.com Shives Funeral Home, Trenholm Road Chapel, is assisting the family.

David James Kinder Sr., 69, of Columbia, passed away at home on February 23, 2021 following a courageous battle with Parkinson&#8217;s Disease. He was born October 21, 1951 in Columbia, South Carolina to the late Dr. Emory Clifton Kinder and... View Obituary & Service Information

The family of Mr. David James Kinder, Sr. created this Life Tributes page to make it easy to share your memories.