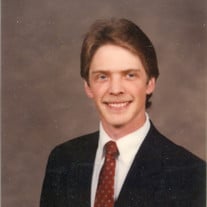 Derrick Eugene Boyte, 55, of Blythewood, died on Tuesday, January 4, 2022. Born in Anderson, SC, on June 19, 1966, he was a son of the late C. Odell Boyte and Rebecca Ann “Becky” Flinchum Boyte. Derrick was a devoted family man who deeply enjoyed spending time with friends and family any chance he could. He was married to Trina Fentress Boyte and they enjoyed their marriage, often traveling, judging professional Barbecue competitions and supporting each other in a Carolina-Clemson house divided rivalry. His beloved wife, Trina died in September of 2020 and his dogs, Sherlock and Foxie became a large support system for him. He spent his career as a Civil Engineer, most recently working for Power Engineering. His family will remember Derrick for his larger-than-life personality, cooking skills, enjoyment of fishing, and treating his nieces and nephews as though they were his own. Survivors include his brother, Charles Boyte (Tammie); numerous nieces and nephews; father-in-law, Darryl Edward Fentress; and mother-in-law, Mary Ann Smith Fentress. In addition to his parents; and his beloved wife, Trina; he was preceded in death by his brother, Robert W. Boyte, Sr; and nephew, Robert W. Boyte, Jr. The funeral service for Mr. Boyte will be held at 11 o’clock, Saturday January 8th, at Shives Funeral Home, Trenholm Road Chapel, 7600 Trenholm Road Ext., Columbia, with Pastor Mack McDowell officiating. Burial will follow the service in Trinity United Methodist Church Cemetery. The family will receive friends from 5 until 7 o’clock, Friday evening at the funeral home.

The family of Mr. Derrick Eugene Boyte created this Life Tributes page to make it easy to share your memories.

Send flowers to the Boyte family.