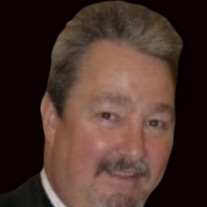 Dubose “Bosie” Rivers Martin passed away at his home in Columbia, SC on Tuesday, April 20th, 2021. Born in Winnsboro, SC, March 16, 1956, he was the son of the late Mary McMaster Boulware Martin and Senator John Alfred Martin. He was a graduate of Fairfield High School. Educated at the University of South Carolina, he earned a bachelor’s degree in Political Science. Bosie married Elizabeth “Liz” Gordon Martin in 1989 and is survived by four children: Sally (Daxon) Vernon, Mary Hollis Clarkson (Spencer Wheat), Beth (Mike) Cohen, and Rivers Martin. Survived by his sisters, May (Tim) Johnson and Lucinda Shirley. He was blessed with two grandchildren, Eliza and Sullivan Vernon; also survived by his beloved nephews and cousins Glenn (Nancy) Shirley, Miller (Laura) Safrit, Brad (Anna) Johnson, Ryan Johnson, Brad (Allison) Martin, Eric (Lynne) Steele, Marcus (Suzanne) Steele as well as numerous grandnieces & grandnephews. In addition to his parents, Bosie was preceded in death by his brother, John. Bosie was a member of Eastminster Presbyterian Church where he served on the security committee and as an usher. A devoted 30-year member of his Lodge, he was Past Worshipful Master of Pacific Masonic Lodge 325. He was honored as Senior Steward and Tyler for the State Grand Lodge. He was also a 33rd degree mason for the Scottish Rite and cherished receiving his white hat. As a young man, Bosie trained extensively with the State Trooper Organization. Later he became manager for clerk of the state senate. Bosie was a Son of The American Legion, committed to mentoring youth and sponsorship of wholesome programs in the community. He was also a former president of the South Carolina Athletic Hall of Fame. After a 40+ year career serving the state of South Carolina, he retired from the SC Education Lottery, having operated in the Security & Investigations and the IT departments. Bosie never met a stranger; truly a friend to all. He cherished time well spent with his friends across the world. He adored all Gamecock athletics, especially the Lady Gamecocks basketball team. If you have ever spent time in Columbia, SC, there is a good chance that you would have seen Bosie hanging out with his friends at the Tally Ho, the old Mousetrap and The American Legion. Masonic Rites with visitation following will be held at 12:00 o’clock, Saturday, April 24th at Shives Funeral Home, 7600 Trenholm Road, Columbia, SC 29223. The memorial service will be held at 2:00 o’clock, Saturday, April 24th at Eastminster Presbyterian Church in Columbia, SC, with The Rev. Lynn Grandsire and The Rev. Brian Marsh officiating. The family will greet friends at the church and at the family home following the service. Social distancing will be enforced to maintain a safe environment for all. Please note that seating is limited due to Covid and masks are required. If you plan to attend, please reserve your seat by visiting EastminsterPres.org. A livestream may be viewed by visiting the church website, or his tribute page at ShivesFuneralHome.com. In lieu of flowers, memorials can be made to the Scottish Rite Center For Childhood Language Disorders, 7230 Garners Ferry Rd, Columbia, SC 29209-2107, or the charity of one’s choice. Shives Funeral Home, Trenholm Road Chapel is assisting the family.

Dubose &#8220;Bosie&#8221; Rivers Martin passed away at his home in Columbia, SC on Tuesday, April 20th, 2021. Born in Winnsboro, SC, March 16, 1956, he was the son of the late Mary McMaster Boulware Martin and Senator John Alfred Martin. He... View Obituary & Service Information

The family of Mr. DuBose Rivers Martin created this Life Tributes page to make it easy to share your memories.

Dubose “Bosie” Rivers Martin passed away at his home in Columbia,...

Send flowers to the Martin family.