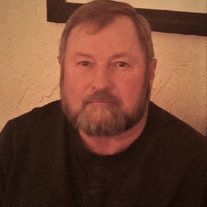 Edward Roy “Bubba” Brazell, 67, of Columbia, died Sunday, August 16, 2020. Born March 30, 1953, in Lexington, SC, he was the son of the late Richard L. Yarborough and Minnie Lee Sons. For many years Bubba has been employed as a boilermaker and welder. He had the opportunity to work around the world assisting utility plants with turnaround and shutdown operations. Bubba was a union member of the NTL, International Brotherhood of Boilermakers. He was a Harley Davidson enthusiast who enjoyed the thrill of riding and attending bike rally’s all across America. He was an avid outdoorsman who relished every opportunity to be in the great outdoors. Bubba will be remembered for his kind and loving disposition by all who had the opportunity to know him. Survivors include his devoted wife of 45 years, Brenda Freeman Brazell; children, Melissa Bisset (Mark) of Prosperity and Travis Lecroy Brazell (Shannon) of Irmo; grandchildren, Brody Brazell, Chase Suggs, Nicholas Johnson, Alexander Johnson, and William Johnson; siblings, Cathy Appner (Mitchell) of Knoxville, TN and Patsy Peppers (Ross) of Lawrenceville, GA; mother-in-law, Sarah Moore Freeman of Columbia; brother-in-law, Gerald W. Freeman; sister-in-law, Pamela J. Al Daheri; as well as numerous extended family, friends, and coworkers. In addition to his parents, he was preceded in death by his father-in-law, Gerald Freeman and his sister-in-law, Vicki Lynn Freeman. The family will receive friends from 5 until 7 o’clock Thursday evening at Shives Funeral Home, Trenholm Road Chapel, 7600 Trenholm Road Ext., Columbia, SC. A graveside service will be held 11 o’clock Friday, August 21st at Crescent Hill Memorial Gardens, 2603 Two Notch Rd, Columbia, SC. Everyone is invited to attend but will be asked to abide by the state’s recommendations of wearing masks and social distancing to provide a safe environment for all. The family would like to extend their gratitude to Dr. Keith and Dr. Choe, as well as all the nurses and other medical staff of Lexington Medical Center for their exceptional care of Bubba during his illness. Memorials may be made to Cullen's Archangel Rescue, PO Box 715, Lexington, SC 29071.

The family of Mr. Edward Roy Brazell created this Life Tributes page to make it easy to share your memories.

Send flowers to the Brazell family.