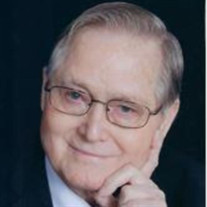 Everett Lee Rivers was born in Ruby, SC on April 9, 1931, and passed away peacefully in his sleep on March 11, 2022, in Richmond, VA. Everett was 90 years old and enjoyed a long and productive life. Everett was the son of the late Myrtle Stanton Rivers and Henry Rivers of Chesterfield, SC. His predeceased siblings include Annie Mae Rivers, Mary Alice Rivers, and J.B. Rivers. On October 22, 1949, at just 19 years of age, Everett married Eunice “Nell” Gardner of Great Falls, SC. Everett and Nell grew up together raising two children and literally dancing their way through life. Mastering all forms of dance with grace and impeccable style, Everett and Nell had the ability to take command of any dance floor. The young family traveled extensively as part of Everett’s United States Air Force (USAF) career. Everett is a veteran of the Korean War, the Cold War, and the Belgian Congo conflict. He served honorably in the USAF, developing expertise in electronic avionic instrumentation and photography and achieving the rank of Master Sergeant. This chapter of Everett’s life ended in 1971 when he retired from the USAF after 22 years and his lifelong dancing partner lost her fight against cancer. His final military assignment was Shaw Air Force Base in Sumter, SC. In 1976, Everett married Jackie Posey from Blythewood, SC. They built their home in Columbia, SC where they lived for 32 years. Everett embraced his role as step-father and provider for Jackie’s two children and granddaughter. As a retiree, Everett enjoyed participation with the local Masonic Lodge and Shriners. Jackie and Everett were members of the North Trenholm Baptist Church in Columbia SC where he was called to serve and was ordained as a Deacon. In 2018, cancer again robbed Everett of his life partner. Since 2019, Everett has resided at Canterbury Rehabilitation and Healthcare in Richmond, VA near his son’s family. Everett is survived by his son Bobby Rivers, and his wife, Donna, of Louisa, VA and his daughter, Carolyn Cooper, and her husband, Ned, of Winter Park, FL and two stepchildren, Lori Posey of Columbia, SC, and Brian Posey of Phoenix, AR and 13 grandchildren and great-grandchildren. Everett has been blessed with a large family who will miss him and cherish his memory. Everett’s grandchildren include Jeff Cooper (Annie), Chris Cooper (Alexa), Sara Cooper Mensen (Zach), Blake Rivers (Michele), Melissa Rivers Ambrose (David), Charles Cooper, Carrie Cooper (Beth), Ashley Gandy, Kimberley Posey, and Kelli Posey. Great-grandchildren include Kalina Ambrose and Mia Ambrose and Logan Cooper. A private family service with military honors will be held at Fort Jackson National Cemetery. Memories and condolences may be shared at ShivesFuneralHome.com.

Everett Lee Rivers was born in Ruby, SC on April 9, 1931, and passed away peacefully in his sleep on March 11, 2022, in Richmond, VA. Everett was 90 years old and enjoyed a long and productive life. Everett was the son of the late Myrtle Stanton... View Obituary & Service Information

The family of MSGT Everett Lee Rivers, USAF (Ret) created this Life Tributes page to make it easy to share your memories.

Send flowers to the Rivers family.