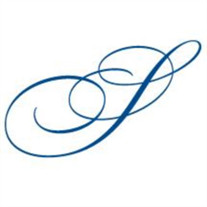 Glen McQuade Knight died on July 31, 2020, at Lexington Medical Center after a difficult battle with COVID19. Born during the Great Depression on August 31, 1932, in Murrell’s Inlet, SC, Glen was orphaned at an early age upon the death of his father, Frank Knight, and, shortly thereafter, the loss of his mother, Mabel Williams Knight. He and his two brothers were separated and often moved from one to another relative’s household during those financially stressful times. Glen’s maternal aunt, Ruby Williams Butler, and uncle, Otto Butler, however, fostered him and gave him his most consistent and loving home life. Ruby and Otto were known and loved by Glen’s children as “Grandma and Papa Butler”. Although multiple moves meant attending many different schools in different towns, Glen graduated from Simpsonville High School in the class of 1949. Shortly after high school, he enlisted in the US Army and served during the post-WWII occupation in Stuttgart, Germany, from 1950-1952. Upon his honorable discharge from the service, he returned to Columbia, SC, and attended Ruby and Otto’s church, Eau Claire Baptist, and there met the love of his life, Madelyn Campbell. They married on June 11, 1954. He was offered a full college scholarship for orphaned youth through a fund established by former Governor James F. Byrnes. Glen attended the University of South Carolina in 1962 and later attended the Executive Development Institute at the University of Oklahoma. Well before Child Labor Laws were widely enforced, Glen started working as a little boy to help support himself and his relatives. He was a short order cook making omelets and grilled sandwiches when he was almost too small to see over the counter. He milked cows at 4:00am on a dairy farm before school. He painted houses and assisted a carpenter. By the time he was 17 and enlisting in the army, he had picked up many skills and lessons that shaped his future career, hobbies, and interests. In the Knight household, no one could make an omelet like Glen, and no one enjoyed a glass of cold milk better than that former dairy hand. What he learned house painting and helping on construction sites led to a lifelong avocation and a business ownership in woodworking as well as to the undertaking of many home improvement projects in his own home and in those of friends and family. In the first few years of marriage, he was employed by Colonial Stores (grocery store chain), then moved to Computer Records, one of Columbia’s earliest data processing companies in the 1960s. Glen made a career move to banking in the early 1970s as a branch manager for Standard Federal Savings and Loan. A successful tenure as branch manager led to his promotion as Standard’s Vice President of Mortgage Loans. After a full career in the savings and loan industry, he became co-owner of the Cabinet Tree, an opportunity that allowed him to share his talent and love for woodworking with customers. In semi-retirement, he served as Sales Manager for the Rent-All Shops. Outside of his professional life, Glen was very active in church and civic service, particularly as a long-time member of St. Andrews Baptist Church. He sang tenor in the choir, taught Sunday School, and served as a Deacon, Chair of Deacons, Chair of Pastor Search Committee, Building Finance Committees, a member of construction crews for several church-led mission trips (both domestic and international), and in many other volunteer roles within church ministry and outreach. In addition to his service through St. Andrews Baptist, he volunteered as a woodworking instructor for children at Camp Kemo for many summers. Glen also faithfully volunteered at Camp Discovery, Habitat for Humanity, and the Harvest Hope Food Bank. Career, church activities, and community contributions were most certainly meaningful to Glen, but of primary importance in his life was love for God, family, and friends. Glen lived his life in service to God and shared his Christian faith openly. All who knew him can attest to the fact that he was a fervent family man – committed husband, proud dad, and doting granddaddy. Glen and Madelyn celebrated their 66th wedding anniversary this past June – a true testament to their constant devotion. He supported his children and grandchildren in ways unique to each and taught all of them the virtues of faith and family as well as life’s essential lessons such as “measure twice, cut once”. Too numerable to list are the many friendships he cherished over the years. Whether golfing, fishing, woodworking, enjoying a meal, or just sharing a good laugh together, Glen always believed each friend was important and every interaction special. Surviving him are his dear wife, Madelyn Campbell Knight, and their children, Glen Marcus Knight (Pam), Frank McQuade Knight (Amanda), and Kelly Knight Long (Brady). He was blessed with beautiful grandchildren: Jessica Knight Blake (Joshua), Korin Knight Rogerson (Andrew), Campbell Brady Long, Jacob McQuade Long, Puddy, Buster, Brynn, Tyne, Darwin, and Fossey. His beloved great grandchildren are Joseph Douglas Blake, John McQuade Blake, Porter Mack Rogerson, and Maeve Campbell Rogerson. Glen’s foster siblings are Jerry Butler and Roseanne Butler Mankin. Glen and Madelyn have many well-loved nieces and nephews. He was predeceased by his brothers, Clyde and Bruce Knight; brothers-in-law and sisters-in-law, Chickie Butler, Margie Knight, Sam and Anita Reed, Bob and Cleat Walker, and Jim and Prue Compton. For public health concerns, there will not be an in-person celebration of Glen’s life at this time. The virtual service for Glen will be held at 11 a.m, Thursday, August 6, 2020. A live stream may be viewed by visiting https://www.facebook.com/SABCColumbia, as well as a backup link on his tribute wall at ShivesFuneralHome.com. Contributions in his memory may be sent to St. Andrews Baptist Church, Camp Kemo, Mayo Clinic COVID-19 Research, and American Lung Association COVID-19 Action Initiative.

Glen McQuade Knight died on July 31, 2020, at Lexington Medical Center after a difficult battle with COVID19. Born during the Great Depression on August 31, 1932, in Murrell&#8217;s Inlet, SC, Glen was orphaned at an early age upon the death... View Obituary & Service Information

The family of Mr. Glen McQuade Knight created this Life Tributes page to make it easy to share your memories.

Send flowers to the Knight family.