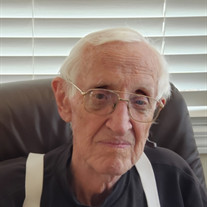 Maj. Harry Eugene “Gene” Wells, USMC (Ret.), 86, of Columbia, died on Saturday, November 6, 2021. Born in New York City, NY on Christmas Eve in 1934, he was the son of the late Harry Douglas Wells and Cleola Terrell Wells. Gene was raised in Malba where he attended public schools in NYC, including Bayside High School. He graduated from Admiral Farragut Academy in 1952 and then entered the United States Naval Academy graduating with the 10th Company, Class of 1957, having earned his bachelor’s degree. After graduation from the Naval Academy, Gene was commissioned as a Second Lieutenant in the United State Marine Corps. He proudly served 20 years, retiring as a Major in 1977. During his career, he spent several tours in artillery unites and several in embarkation. During the Vietnam Conflict, Gene served as the Embarkation Officer for the Marine Corps Headquarters and was awarded the Bronze Star with combat V medal. Mr. Wells spent three years teaching math at the US Naval Academy. He also earned his master’s degree in Math at the US Naval Post Graduate School in 1968 and a master’s in computer technology from American University in 1976. Gene went on to teach math as a part time adjunct professor for the University of Maryland, University of Virginia, University of South Carolina, and Coker College. After his retirement from the USMC, Gene went on to embark on a second career with Blue Cross and Blue Shield of South Carolina, where he retired from in 1996. A member of Trinity United Methodist Church, Mr. Wells, loved his family, especially his grandchildren. He enjoyed spending time and telling them stories. Harry was an avid golfer, who loved traveling and going on cruises with his wife, Mary Eva. Survivors include his sons, Wayne, Bruce (Marcia), and Blair Wells; grandchildren, Harrison, Shannon, Shelby, and Marley Wells; along with his former daughter-in-law, Michelle. In addition to his parents, he was preceded in death by his wives, Gay Young Wells, and Mary Eva Wells. A graveside service with military honors will be held 3 o’clock, Monday, November 15, 2021, at Ft. Jackson National Cemetery with the Rev. Scott Smoak officiating. Shives Funeral Home, Trenholm Road Chapel, is assisting the family. All are welcome to attend, however, masks and social distancing practices are strongly encouraged. A livestream of the service will be available by visiting Harry’s tribute wall at ShivesFuneralHome.com “Go Navy, Beat Army”

The family of Maj Harry Eugene "Gene" Wells, USMC (Ret.) created this Life Tributes page to make it easy to share your memories.

Send flowers to the Wells family.