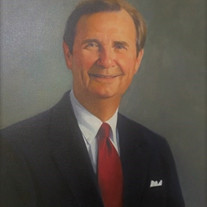 Howell Donald (Don) McElveen, P.E., 86, of Columbia, South Carolina passed away September 30, 2021. Born March 2, 1935 in Springfield, South Carolina, he was the son of the late John Howell and Margaret Pendleton McElveen. Don graduated from Columbia High School and continued his education at Clemson College. He received a Bachelor of Science in mechanical engineering in 1957. He was a registered professional engineer in the state of South Carolina, North Carolina, and registered by the National Council of Engineering Examiners. In 1966, Don connected with two of his Clemson classmates and founded the architectural firm of Geiger, McElveen and Kennedy (GMK). The firm was very successful from the outset and soon expanded their services to engineering, construction management, land planning, construction, and real estate development. In 1988, Don became the Chairman and CEO of GMK and, through his leadership, expanded the firm into North Carolina and Georgia while becoming one of the largest private companies in South Carolina. In 1997, after a decade as Chairman and thirty years with the firm, Don reduced his executive role but remained involved and active with the firm until early 2021. GMK continues to prosper into its 56th year thanks to Don’s contributions and leadership. Don was involved in many civic and professional organizations and endeavors. He served as Chairman of the Board of the Committee of 100, Chairman of the Board of the Correctional Development Foundation, Carolina Children’s Home board member, and President of the Columbia Chapter of the Society of Professional Engineers. He also served on the Board of Directors of the Greater Columbia Chamber of Commerce, South Carolina Chamber of Commerce Executive Committee, and Chairman of the South Carolina Democratic Party from 1986 to 1988. He was honored to be appointed by Governor Richard W. Riley to the South Carolina Ports Authority. Don was a past member of the board of directors of the Methodist Home in Orangeburg, South Carolina, the Clemson University Advancement Foundation for Design and Research, the Columbia Board of the National Bank of South Carolina, and a member of the Medical University of South Carolina Board of Trustees serving subsequent terms. He was later appointed by Governor James H. Hodges as the Chairman of the Board of Directors for Santee Cooper. One of his foremost concerns was always safety. He was instrumental in the passage of South Carolina’s Safety Law, as well as, the Texting and Driving law. One of Don’s most prized memberships was that of Judge Sol Blatt Jr.’s Good Old Boys annual fish fry/catfish stew in Hilton Head, South Carolina. He was a friend and loved by numerous people throughout the State of South Carolina, both Republican and Democrat. Besides his family, his greatest passions were golfing, Clemson Tigers, and flying. He was a commercially rated, single, multi-engine, and instrument rated pilot having owned several aircraft during his lifetime. As a Christian, he relied heavily on his faith throughout his life. He was a member of Shandon United Methodist Church and a member of the Joy Sunday School Class. Without a doubt, his faith and his family held the highest priority in his life. Always being kind and generous, he touched so many lives and all are better for having known Don McElveen. Over the years, he acquired many nicknames such as Big Mac, Cowboy, Mr. Chairman, and Uncle Dink, but the two he treasured most were Daddy and Paw Paw. He is survived by his wife of fifty-one years, Wanda Porth McElveen; two daughters Margaret (Meg) Anne McElveen Wylds and Andrea Porth McElveen Clarkson and her husband Wylie Westmoreland Clarkson, Esq.; grandchildren Warren Andrew Wylds, Jr., Mary Margaret McElveen Wylds and Caroline Pendleton Clarkson; nieces The Honorable Bonnie McElveen-Hunter and Tweed McElveen-Bogache (Bill) and Jennifer Evatt Rayfield (Patrick); nephews Dr. John T. McElveen, Jr. (Christa), Dr. John H. Morris (Emma), Donald E. Morris (Dottie), Jim Evatt (Katie); sister-in-law Martha Campbell McElveen; and his faithful companion Louie, his Cairn Terrier. He is predeceased by his parents; sister Mary Ann McElveen Morris, brothers Lt. Col. John Thomas McElveen and Eugene Pendleton McElveen; and his loving in-laws Roy and Dot Porth. A memorial service will be held at Shandon United Methodist Church at 2:00 pm on Thursday, October 7, 2021, with Reverend Smoke Kanipe officiating. A private burial will be held prior to the service. To honor the life of Don McElveen, please join the family after the service at Spring Valley Country Club, 300 Spring Valley Road, Columbia, SC 29223. It would be an honor for any active or former GMK employees to serve as honorary pall bearers. In lieu of flowers, please consider memorials to Shandon United Methodist Church, 3407 Devine Street, Columbia, SC 29205, The Free Medical Clinic, 1875 Harden Street, Columbia, SC 29204, The Michael J. Fox Foundation for Parkinson’s Research, Grand Central Station, P.O. Box 4777, New York, NY 10163-4777.

The family of Mr. Howell Donald (Don) McElveen created this Life Tributes page to make it easy to share your memories.

Send flowers to the McElveen family.