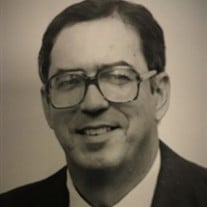 Dr. Jaime E. Condom, 88, of Columbia, SC, died Tuesday, January 19, 2021. Born February 27, 1932, in Mariel, Cuba, he was a son of the late Jaime Cestino Condom and Matilde Molins Valera Condom. In addition to his parents, Dr. Condom was preceded in death by his brother and two sisters. Dr. Condom was raised and educated in Cuba until the beginning of the Cuban Revolution. He and his family then fled to Miami, Florida and shortly after to Spain, where he received his Doctor of Medicine in 1962 from the University of Madrid School of Medicine. He would later relocate to the Miami, Florida, where he earned his US citizenship in 1966. While in Miami, FL, Dr. Condom attended the University of Miami School of Medicine where he continued his education with post graduate studies. In 1963, Dr. Condom accepted a position with Searcy Hospital in North Mobile County, Alabama. He practiced family medicine on weekends and after hours. From 1968-1970, Dr. Condom served as the Medical Director and from 1970-1980 would serve as the Superintendent of Searcy Hospital. In 1974, while working at Searcy State Hospital, Dr. Condom acted as the Superintendent of the following four state run facilities: South Alabama Mental Health Facilities, Thomas Adult Adjustment Center, Eufaula Adolescent Adjustment Center, and the Dixon Aftercare Center. In 1979, he was appointed Superintendent of Bryce Psychiatric Hospital in Tuscaloosa, AL, while the facility was in the midst of turmoil, unrest, and labor disputes. During his tenure, Bryce Psychiatric Hospital was brought under new organization, which proved more efficient and workable. In 1980, Dr. Condom was appointed by Governor Fob James as the Associate Commissioner of Mental Health for Alabama Department of Mental Health. From 1984-2002, he was the Superintendent of the South Carolina State Hospital. While employed for the State of South Carolina, Dr. Condom was appointed the Interim State Commissioner of Mental Health in 1985 and acting Facility Director in 1991 of the Patrick B. Harris Psychiatric Hospital in Anderson, SC. He would retire from the State of South Carolina in 2002. Dr. Condom was in the field of mental health for over four decades. During those years, he held clinical positions for seven years and top administrative positions for more than 30 years. On several occasions, he acted in the capacity of a “trouble shooter”, solving difficult problems within departments of mental health in both Alabama and South Carolina. Over his tenure, Dr. Condom received may accolades and awards for his dedicated service; including, 1982-Certificate of Recognition presented by the Alabama Council of Mental Health, 1990-Mental Health Professional of the Year presented by the South Carolina Alliance for the Mentally Ill, 2002-Silver Crescent awarded by the Governor of South Carolina, Resolutions from both the South Carolina Senate and South Carolina House of Representatives in recognition of his years of leadership and service to the mentally ill in the State of South Carolina, and lastly a Certificate of Commendation from the US Army for his service to United States Military Entrance Processing Command (MEPS) at Ft. Jackson, South Carolina. In his spare time, Dr. Condom enjoyed hunting, cooking, and deep sea fishing. Survivors include his wife, Kathryn DuCloux Condom; daughters, Marie Elizabeth Condom of Mobile, AL, Leigh C. Jack (Major Paul M. Jack, US Army) of Fayetteville, NC, and Valerie C. Watkins (Ben) of Atlanta, GA; grandchildren, Marianne Jack, Stewart Watkins, and Duke Watkins; as well as his two beloved nieces, Zoila C. Prado of Miami, FL and Gisela C. Blankenship of Little River, SC. The family would like to express their heartfelt gratitude to Joey Young and the staff of Amedisys Hospice, as well as Pam Weaver with FirstLight Home Care for their care and support of Dr. Condom during his illness. A Mass of Christian Burial will be held 12:00 o’clock Monday, January 25th at St. Cecilia Catholic Church, 1305 Old Military Rd, Mt Vernon, AL 36560 with Father John Coghlan officiating. A rosary will be said prior to the mass beginning at 11:30 o’clock. Farewell and commendation prayers will immediately follow the mass at DuCloux Family Cemetery. Freeman Funeral Home in Citronelle, Alabama is assisting the family with out-of-town arrangements. A celebration of life for Dr. Condom will be held on Saturday, January 30th at 4 o'clock at Irmo Community Park (Off Lake Murray Blvd.), 7507 Eastview Drive, Irmo, SC 29063. Shives Funeral Home, Trenholm Road Chapel, is assisting the family locally and will announce the time of the future service. Everyone is invited to attend but will be asked to abide by the state’s recommendations of wearing masks and social distancing to provide a safe environment for all. Pallbearers for Dr. Condom’s funeral will be Ben Watkins, Major Paul M. Jack, US Army, Mark Watkins, Doug Bilbrey, Samuel “Bo” Marks, Anthony Rose, and Justus Browning. Honorary pallbearers will be Michael Linebaugh, Edward Merry, Robert Sealy, Dr. John Stonecyper, Dr. Jose Chavez, and Dr. Harvey Blanchard. In lieu of flowers, memorials may be made to St. Cecilia Catholic Church.

The family of Dr. Jaime E. Condom created this Life Tributes page to make it easy to share your memories.

Send flowers to the Condom family.