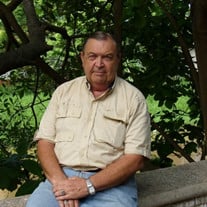 James Anthony Anasti, 75, of Atlanta, Georgia, formerly of Columbia, died on Friday, January 1, 2021. Born in Fort Bragg, NC, on April 29, 1945, he was the son of the late, Albert Anthony and Lillian Louise Morgan Anasti. Jim Graduated from St. Peter’s Catholic School and began his career as an EMT with Richland County. Later he worked for SC Highway Department as a dispatcher before being employed with SLED as a US Marshall. He also spent time with Forrest Acres Police Department and Richland County Sheriff’s Department. Jim retired from the Richland County Coroners office after working under the direction of Cecil Wyles, Frank Barron and Gary Watts. In his free time, he loved to travel and be with friends and family. Survivors include his sister, Gina Lee; brother-in-law, Pete Lee; nieces, Tonia Norris (Mike), Candace Pearson (Mike) and Christina Richardson (Jeremy); great-nephew, Cameron Davis (Camille); great-niece, Paisley Richardson; aunt, Lucky Byrd; as well as friends, Joe Gravelyn, Gary Watts, Daniel Lowe, and Sonny Clark; and a host of other dear friends. A memorial service for Mr. Anasti will be held at 2 o’clock, Saturday, February 27th, at Shives Funeral Home, Trenholm Road Chapel, 7600 Trenholm Road Ext., Columbia. The family will receive friends following the service at the funeral home. The family would like to express their appreciation to the staff of Emory Midtown Hospital for their care to Jim in his recent decline.

The family of Mr. James Anthony Anasti created this Life Tributes page to make it easy to share your memories.

Send flowers to the Anasti family.