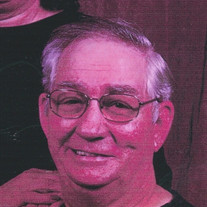 James Edward Broach, Sr., 79, of Blythewood, died on Saturday, June 5, 2021. Born in Lake City, SC, on October 6, 1941, he was a son of the late Robert and Janie Lynch Broach. Mr. Broach was a member of North Columbia Church of God. He enjoyed... View Obituary & Service Information

The family of Mr. James Edward Broach, Sr. created this Life Tributes page to make it easy to share your memories.

Send flowers to the Broach family.