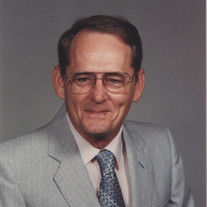 James "Jimmy" William Hipp, Sr of Columbia, SC was born May 21, 1930, and passed on to be with our Lord and Savior on January 31, 2022. Jimmy was the beloved husband of Faye Ann Hipp (aka Nana to the grands) for 60 wonderful years until her passing in June of 2011. He was the son of the late James Rion Hipp and Laura Koon Hipp as well as a bother to Henry Claude Carman and Carolyn Dial who preceded him in death. Jimmy is survived by his four children Jimmy Hipp Jr (Joye), Patsy Pathel (David), Mike Hipp (Elizabeth) and Debbie Talbert (Bill). He also is survived by his six grandchildren to whom he was known as “Papa” and he loved them dearly, Ashley Todd (Josh), Tanner Brazell, Michael Talbert, Max Talbert, Andrew Hipp (Rachel) and Katherine Hipp and six great grandchildren, Connor, Kennedy, Ella, Everleigh, Ellis and Emmalyn. He was a member of the First Church of the Nazarene on Saint Andrews Road, Columbia SC but most recently attended Springdale Baptist Church of West Columbia. Jimmy worked in a bicycle shop his early days then the City of Columbia as a mechanic until he and Faye opened their transmission shop in 1966. His sons joined their Dad at the transmission shop as soon as they became of age and still own and operate the same shop today. After retirement Jimmy and Faye loved to take extended trips in their RV with their friends visiting sites as far North as Maine and far West as California, following Route 66 twice. Jimmy was a member of the “Early Ford V8 Car Club” and enjoyed taking trips with the club and entering his prize possession 1941 Ford Convertible, which he built from the bare metal up, and his 1935 Ford Coupe with rumble seat in car shows taking home a few awards. Besides his love for his family his next love was dancing, mainly shagging and slow dancing. Jimmy had some pretty fancy dance moves and could be found on most Friday nights at the local VFW and Saturday nights at Bill’s Pickin’ Parlor “cutting quite the rug” with his dance partner, Jeanette. The younger crowd loved to watch them dance. Jimmy (aka. Dad, Pops or Papa) will be missed but not ever forgotten by his family and all the many lives he has touched over the past 91 years of his life. May he rest in peace. The funeral service for Mr. Hipp will be held at 2 o’clock on Saturday, February 5th, at Shives Funeral Home, Colonial Chapel, 5202 Colonial Drive, Columbia, SC 29203. Family will receive friends prior to the service beginning at noon. Burial to follow at Elmwood Cemetery, 501 Elmwood Ave, Columbia, SC 20201.

James "Jimmy" William Hipp, Sr of Columbia, SC was born May 21, 1930, and passed on to be with our Lord and Savior on January 31, 2022. Jimmy was the beloved husband of Faye Ann Hipp (aka Nana to the grands) for 60 wonderful years until her... View Obituary & Service Information

The family of Mr. James "Jimmy" William Hipp created this Life Tributes page to make it easy to share your memories.

Send flowers to the Hipp family.