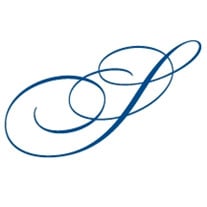 James “Jim” D. Ray, 86, of Columbia, died Friday, January 8, 2021. Born January 7, 1935 in Louisville, Kentucky, he was the son of the late Chester and Chloe Ray. Mr. Ray was a graduate of Mount Union College in Alliance, Ohio, and was employed as an engineer in many capacities throughout career. In the 1960’s Mr. Ray worked as a research chemist at the University of Dayton, in the 70’s he was an engineer at Wright-Patterson Air Force Base, and in the 80’s was an engineer for Sikorsky. While at Sikorsky, Mr. Ray was instrumental in the engineering of the Sikorsky YUH-60A Blackhawk helicopter for the US Army. He was an avid golfer and loved playing tennis when he was young. Survivors include his wife, Patricia Ann McPhaul Ray; children, Terry Scott Ray and his wife, Terry Lynn Ray, of Georgetown, OH, Sandra Denise Ohnikian and her husband, Leonard Terry Jackson, of Sarasota, FL, Kenneth James Ray of Milford, CT, Ronald Matthew Ray and wife, Jill Marie Ray, of Bradford, CT, Charles Gardner Ray and James David Graham Ray of Columbia, SC. He is also survived by his grandchildren, Brandon Matthew Ray, Connor James Ray, Mark Anthony Ohnikian, and Nicholas Ray Ohnikian. A celebration of Jim’s life will be held privately. Shives Funeral Home, Trenholm Road Chapel, 7600 Trenholm Road Ext., Columbia, SC, is assisting the family.

The family of Mr. James Dexter Ray created this Life Tributes page to make it easy to share your memories.

Send flowers to the Ray family.