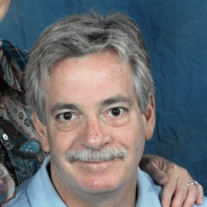 Jeffrey Francis Sherlock, 66, of Columbia, passed away on September 13, 2021. Born on April 15, 1955, in Upper Darby, Pennsylvania, he was a son of the late Francis “Hank” Sherlock and Juliana Sczcepaniak Sherlock. Jeffrey was a long-time member of St. John Neumann Catholic Parish and their fraternal family, Knights of Columbus. He served in the United States Marine Corps and is a veteran of the Vietnam War. He attended high school at Bishop Shanahan in Downingtown, Pennsylvania and went on to college at the University of South Carolina, where he graduated with a Bachelor of Arts in International Studies. Mr. Sherlock worked as a financial advisor and later as an independent insurance broker. In his free time, he thoroughly enjoyed jogging, watching sports, and cheering on the Carolina Gamecocks and Philadelphia Eagles. He spent 38 years married to the love of his life, Patricia Lynne Sherlock. His pride and joy were his wife and children. Family is what meant the absolute world to him. In addition to his wife, survivors include son, Ryan Sherlock; daughter; Taylor Sherlock; brother, Kevin Sherlock (Lynn); sisters, Karen Sherlock, Madeline Sherlock (Marty), and Joan Sherlock; nephew, Michael Sherlock; and niece, Kara Sherlock. Along with his parents, he is preceded in death by two brothers, Brian and Drew Sherlock. The Funeral Mass for Mr. Sherlock will be held at 10:30 in the morning on Tuesday, September 21, 2021, at St. John Neumann Catholic Church, 100 Polo Road, Columbia, SC 29223. Inurment to follow at Fort Jackson National Cemetery, 4170 Percival Road Columbia, SC 29229. Shives Funeral Home, Trenholm Road Chapel is assisting the family.

Jeffrey Francis Sherlock, 66, of Columbia, passed away on September 13, 2021. Born on April 15, 1955, in Upper Darby, Pennsylvania, he was a son of the late Francis &#8220;Hank&#8221; Sherlock and Juliana Sczcepaniak Sherlock. Jeffrey was... View Obituary & Service Information

The family of Mr. Jeffrey Francis Sherlock created this Life Tributes page to make it easy to share your memories.

Jeffrey Francis Sherlock, 66, of Columbia, passed away on September...

Send flowers to the Sherlock family.