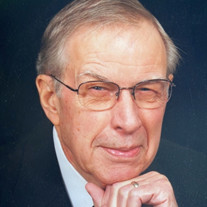 Jerry Mack Taylor passed away Thursday, September 30th, 2021 at home in Columbia, SC surrounded by the love of his family. He was preceded in death by his parents Mack and Stella Mae (Edwards) Taylor and sisters Pricilla Taylor and Joy Ann Taylor McDaniel as well as his bonus parents Herman and Tilly Osborne. Jerry grew up on military bases and in Sparta, NC, always considering Sparta his hometown. He graduated from Alleghany High School, where he played football, Wake Forest University and earned a graduate certificate from Northwestern University. He was a Winston-Salem Police Officer for 29 years, retiring at the rank of Lieutenant with a year of sick days saved. In his “retirement” he worked as a substitute teacher while his daughter was in high school and then worked as a Special Deputy US Marshall for several years. During his life Jerry constantly served his family and community. He was the Editor and photographer of the NCLEOA Journal for a decade and served as NCLEOA’s president in 1990-1991. In appreciation for his years of service he was granted a lifetime membership. Jerry served on numerous boards and committees with the WSPD and state law enforcement. He was a member of the Lion’s Club for several years as well as a member of the Board of Elders and Board of Trustees at Advent Moravian Church. He was a huge supporter of all things his daughter was involved in, including the Advent-Hopewell Band, Parkland Ensembles, Parkland High School’s tennis and soccer teams, Elon and USC. Jerry was an avid hunter and fisher, using both as a means of enjoyment and a way to provide for his family. He supported Wake Forest football and basketball in good years and bad. He was meticulous about lawn, home and vehicle maintenance. He loved working on, caring for and growing his home and land in Pine Swamp. But, most of all, Jerry was a dedicated husband and the most adoring father. He spent his life making sure his family was provided for and secure in his unending love for them. In his last two years he had the pure joy of being a doting Papa to his prayed-for grandson Jack. The emptiness his passing leaves can never be filled but his family takes comfort in knowing he will always be with them. Jerry is survived by his devoted wife of fifty years Caroline Poindexter Taylor, his beloved daughter Katie (John) Taylor Cummings, adored grandson Jack Cummings, all presently of Columbia, SC, as well as his mother in law Carolyn Poindexter of East Bend, NC, uncle Dan Edwards of Sparta, NC, bonus brother Art (Katy) Osborne, brothers in law and sisters in law: Julia (Dwight) P. Hinnant, Sandy (Linda) Poindexter, Brad Poindexter, Brooke (Scott) P Balun and several nieces, nephews and cousins. A memorial service celebrating his life will be held Saturday, October 16th, 2021 at 10am at Advent Moravian Church in Winston-Salem and will be followed by Moravian coffee and lovefeast buns in the Fellowship Hall. A graveside service in Sparta, NC will be scheduled at a later date. Masks and social distancing by household will be required at the memorial service to protect Jerry’s treasured family, friends and community that he served for so many years. The family asks that in lieu of flowers, donations be made to the Winston-Salem Police Foundation’s Lt. Jerry Taylor Fund (for benevolence and meals for officers working on holidays) through their website (www.wspolicefoundation.org) or their mailing address (P.O. Box 24011, Winston-Salem, NC 27114). Please note on the check or online donation “Lt. Jerry Taylor Fund”. Shives Funeral Home, Trenholm Road Chapel is assisting the family.

Jerry Mack Taylor passed away Thursday, September 30th, 2021 at home in Columbia, SC surrounded by the love of his family. He was preceded in death by his parents Mack and Stella Mae (Edwards) Taylor and sisters Pricilla Taylor and Joy Ann... View Obituary & Service Information

The family of Mr. Jerry Mack Taylor created this Life Tributes page to make it easy to share your memories.

Send flowers to the Taylor family.