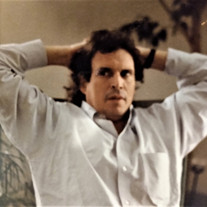 John Francis Camarda, 79, of Columbia, died Wednesday, July 29, 2020. Born December 11, 1940, in Rutland, Vt., he was a son of the late Francis T. and Inez Ruth Cunningham Camarda. Mr. Camarda graduated from Saint Joseph Academy in Rutland in 1958. He earned his bachelor’s in history and political science in 1969, a teaching certificate in 1974, and his Masters in Social Work in 1976 all from the University of Southern Mississippi. He was employed for 32 years as a licensed master social worker for the Department of Veterans Affairs earning numerous recognitions for superior performance and excellence of care during his service. He was a member of The Basilica of Saint Peter in Columbia. Survivors include his sister, Mary Frances McCabe and her husband Don Wilkinson of Joplin, Mo; brother, Frank Camarda and his wife Melanie of Charleston, SC; nephew, Joe Papile and his wife Margaret of Smyrna, Tenn.; niece, Kristen Powers and her husband Dean of Holyoke, Mass., as well as a very special friend, Avril Stone of Columbia, SC. A private entombment will be held at Elmwood Cemetery Mausoleum. A public memorial service will be announced at a future date by Shives Funeral Home, Trenholm Road Chapel. In lieu of flowers, memorials may be made to The Basilica of St. Peter, 1529 Assembly Street, Columbia, SC 29201.

The family of John Francis Camarda created this Life Tributes page to make it easy to share your memories.

Send flowers to the Camarda family.