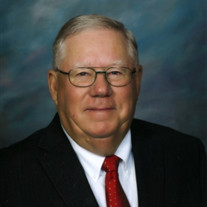 Joseph “Joe” Earl Sharpe, Sr., 79, of Blythewood, died on Friday, June 18, 2021. Born in Columbia, SC on January 10, 1942, he was a son of the late John Lawrence Sharpe, Jr., and Mardenia Hatchell Sharpe. Surviving are his wife of 57 years, Jennie Stockman Sharpe; daughters, Becky Brooks (John), Kellie Ballentine (Dennis); a son, Joseph “Joey” Sharpe, Jr (Suzie); grandchildren, JJ Brooks, Blaire Howell (Louis), Walter Ballentine, Mary Kathryn Ballentine, Joseph “Jes” Sharpe, III, Hoffman Sharpe, and Monty Sharpe; brothers, John Sharpe, III, Larry Sharpe, Sr., and Heyward Sharpe Sr. (Marianne); uncle, Richard Hatchell (Janet); in-laws, Herman Stockman (Jan), Pete Hornsby (Teddy), Debbie Davis (Ed), and Polly McCallum, as well as a host of nieces, nephews and other family members. In addition to his parents, he is preceded in death by his brother, Fred Sharpe, and a sister-in-law, Eileen Sharpe. Joe graduated from Eau Claire High School in 1960 and served in the Army National Guard. In 1963 he married the love of his life, Jennie Stockman, and in 1968 built their home on Family Circle where they raised their three children. After a brief career in the heating and air industry he and Jennie took over his parent’s service station in 1976. Joe Sharpe’s Service Station is a thriving business which has evolved over the years and along with his wife, Jennie and son, Joey, continues to be a mainstay in the community. Joe was a servant in all aspects of his life, to God, family, friends, customers, and anyone in need. Joe served on the Fairfield Electric Cooperative Board of Trustees for 46 years and was honored to serve its members and lead by example ensuring its success. He was overjoyed to be recently re-elected to serve another term on the board. Joe served as president of the board from 1984 to 2018 and in 2019, he was honored with the “Lineman in the Board Room” award for his time as president. Joe was a member of Mt. Pleasant United Methodist Church, a member of Blythewood Masonic Lodge, a 32nd Scottish Right Mason, a member of Jamil Temple, and a founding member of the Blythewood Rotary Club. Joe was an outdoor enthusiast. He always enjoyed the game of golf with his special golfing group, spending time in his yard and garden, and planting dove fields. Quality time was spent with his grandchildren who will continue his legacy. The funeral service and committal for Mr. Sharpe will be private. Burial will be held at Mt. Pleasant United Methodist Church. A livestream of the service may be seen by visiting ShivesFuneralHome.com on Tuesday, June 22nd at 10 o’clock. The family will receive friends following the services from 3 until 6 o’clock, at The Farm at Ridgeway, 3248 US Hwy 21, Ridgeway, SC, 29130. The family is gathering and receiving friends at the home of Kellie and Dennis Ballentine, 805 Candlewood Circle, Blythewood. Serving as Mr. Sharpe’s pallbearers are Larry Sharpe, Jr., Heyward Sharpe, Jr., Adam Locklear, John Hancock, Steve Corn, and Jon Powell. Memorials may be made to: Rotary Club of Blythewood Memorial Scholarship Fund PO Box 140 Blythewood, SC 29016

The family of Mr. Joseph Earl Sharpe, Sr. created this Life Tributes page to make it easy to share your memories.

Send flowers to the Sharpe family.