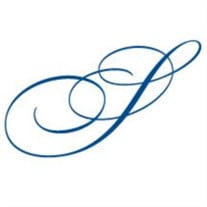 Katharine Frost Fulmer Thorne died Friday, January 14, 2022. Born July 22, 1936 in Columbia, the daughter of Roland Edward Hipp Fulmer and Lucille Katharine Frost Fulmer, she attended Schneider School, Hand Junior High and Dreher High School followed by Stephens College in Columbia Missouri and graduating from the University of South Carolina. Katharine excelled as a wife, mother, grandmother, great grandmother and friend. Raising four children whose ages were only five years apart was tough enough, only to be compounded by moving five times from town to town. Katharine was the glue that held the family together through it all. She developed friendships almost immediately after each move and quickly had the family accepted as if natives of each place. She was quick to offer advice, solicited or not, and to have a strong opinion on most subjects. Katharine had a genuine big smile and was an open book about her feelings and beliefs. She preferred to give rather than receive, and had a special knack of knowing just the right gift. To know Katharine was to love her. Katharine was a member of Trinity Episcopal Cathedral, Pine Tree Hunt Club, former member and director of The Quadrille Club, the Junior League, The Book Club and the Columbia Garden Club. She was predeceased by her parents. She is survived by her husband of 65 years, John Calvin Thorne; four children, Katharine Thorne Carter, John Calvin Thorne III, (Mary Bett), Roland Edward Fulmer Thorne (Karen) of Irving, Texas and Lucille Frost Thorne; eight grandchildren; seven great-grandchildren; and sister, Beverly Fulmer Kennedy (Calhoun). Memorials may be made to Trinity Episcopal Cathedral, 1100 Sumter Street, Columbia, SC 29201 or to a charity of one’s choice. Funeral services will be at the family mausoleum at Elmwood Cemetery, 501 Elmwood Avenue, Columbia, at 2 o’clock, Wednesday January 19th. Shives Funeral Home, Trenholm Road Chapel, is assisting the family with arrangements.

The family of Mrs. Katharine Fulmer Thorne created this Life Tributes page to make it easy to share your memories.

Send flowers to the Thorne family.