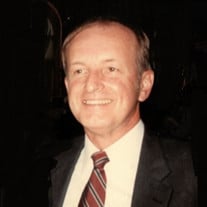 Not sure what to send?

Lt. Col. James H. Wollpert, Jr. (USAF Ret.) left his earthly home on Sunday, January 23, 2022. Jim was born in Willoughby, Ohio on June 23, 1937, to James H. Wollpert, Sr. and Joanne Johnson Wollpert. Some of Jim’s fondest childhood memories were the summers he spent on the road with his dad, who worked for a firm that sold safety equipment to railroad companies. Travel by auto was part of his job and Jim loved those travels and talked freely about the fun and companionship he had with his father. Upon graduating from Willoughby High School, Jim went to the University of Cincinnati, graduating in 1961. Among his studies there, he received ROTC training. Jim joined the US Air Force as a First Lieutenant in 1962. This was the beginning of a 22-year military career which became his purpose in life. Before his retirement in 1983 he achieved the rank of Lieutenant Colonel. During his service, Jim was recognized for the following achievements: Small Arms Expert Marksmanship Award; Vietnam Service Medal with 5 Bronze Stars; Republic of Vietnam Gallantry Cross; Republic of Vietnam Campaign Medal; US Air Force Survival School; Special Operations Counterinsurgency Course; Squadron Electronic Warfare Officer on a C-130 and the Distinguished Flying Cross with One Oak Leaf Cluster. During his flying career, Jim found time to earn his private pilot’s license. After retiring from the military, Jim met Katherine on his first civilian job, when they both worked for the same company. They were married in September of 1985, shortly after Jim surprised Katherine with the purchase of a beautiful home. They lived in that home until they inherited Jim’s parents’ waterfront home in Poulsbo, Washington, on the Olympic Peninsula, west of Seattle. After 14 years in Poulsbo, they moved to Blythewood, SC, to be close to Katherine’s sister, Irene Tracy, her husband, Charles and their family. In December 2021, Jim was diagnosed with a fast growing, Stage 4 tumor in his right lung. Jim lost his brief battle with cancer on January 23, 2022. He leaves behind to cherish his memory Katherine, his wife of 36 years, his sister, Patricia Curtis of Springfield, MO, and Katherine’s nieces, Sally Tracy of Columbia, SC, and Janice Gilman and her family of Greensboro, NC. Jim’s funeral service will be held at Transfiguration Catholic Church, on Thursday, May 19, 2022, at 12:30 pm. After a time of fellowship at the church following the service, a graveside service with full military honors will be held at Fort Jackson National Cemetery at 3pm. Flowers may be sent to Transfiguration Catholic Church or, if preferred, monetary donations may be made to the Wounded Warrior Project, P.O. Box 75851, Topeka, KS 66675. Shives Funeral Home, Trenholm Road Chapel, is assisting the family.

The family of Lt. Col. James H. Wollpert, Jr. US Air Force (Ret.) created this Life Tributes page to make it easy to share your memories.