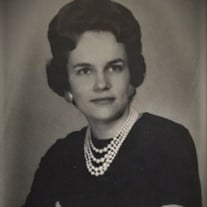 On Friday morning another angel received their wings when the Lord called Lynda Anne Kennedy Gore home to be with Him. Born in Columbia, SC, on May 23, 1944, she was the daughter of the late Glenn Owens Kennedy, Sr. and Clara Blanche Crosby Kennedy. Lynda graduated from Dreher High School in 1962 and then graduated from Columbia Commercial College in 1964. She was a homemaker until her youngest child reached elementary school age. She then began volunteering at their schools and was later hired as a Teaching Assistant. Lynda retired from Richland School District Two after working at North Springs Elementary school for 22 years. It gave her great joy to help the students and she loved working with the other teachers and staff. Nothing pleased her more than seeing former students in public years later and them recognizing and greeting her “Hey, Mrs. Gore!”. Lynda is survived by her husband of 53 years, Jarvis Wayne Gore; daughter, Glenda Renee Gore Queen of Columbia, SC; son, James Ryan Gore of Elgin, SC and daughter, Jill Christina Gore Baxter (Jordan) of Hoover, AL. She also leaves behind three granddaughters that loved her dearly, Sarah Renee Queen, Kennady Virginia Baxter, and Colbie Elizabeth Baxter; brother, Edward Crosby Kennedy (Nena) of Lexington, SC and nieces and nephew. In addition to her parents, she was preceded in death by her brother, Glenn Owens Kennedy, Jr. The funeral service for Mrs. Gore will be held at 2 o’clock, Monday, March 7th at Shives Funeral Home, Trenholm Road Chapel, 7600 Trenholm Road Ext., Columbia, SC with the Rev. Dennis Banks officiating. Burial will follow at Greenhaven Memorial Gardens, 11020 Two Notch Rd, Elgin, SC 29045. The family will receive friends at the funeral home prior to the service beginning at 1 o’clock. In lieu of flowers, please make contributions in memory of Lynda K. Gore to the Dementia Society of America, PO Box 600, Doylestown, PA 18901, Spring Valley Baptist Church Music Ministry, 91 Polo Road, Columbia, SC or another charity of your choice.

On Friday morning another angel received their wings when the Lord called Lynda Anne Kennedy Gore home to be with Him. Born in Columbia, SC, on May 23, 1944, she was the daughter of the late Glenn Owens Kennedy, Sr. and Clara Blanche Crosby... View Obituary & Service Information

The family of Mrs. Lynda Kennedy Gore created this Life Tributes page to make it easy to share your memories.

On Friday morning another angel received their wings when the...

Send flowers to the Gore family.