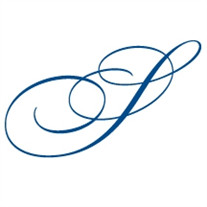 Margaret Lang Smith, “Marnie” and “Gram,” died peacefully at home in Columbia on July 7, 2021 after a brief illness following a diagnosis of stage IV pancreatic cancer. She is survived by her husband of sixty years, artist and photographer, Robin Smith; children, spouses, and grandchildren: Rob Smith and Maria Long of Charlotte, NC; Lang, Lillian, and Beaumont Smith of Boise, ID; Joseph and Sharon Smith, of Wayne, PA, Lindsay Smith of Flat Rock, NC, Patrick Smith, of Washington, D.C., Connor Smith of Wayne, PA, Samuel Cyubahiro of Wayne, PA; Hunter Smith, of Morgantown, WV; as well as her brother and sister-in-law, Dan and Joye Lang of Columbia. Marnie and Robin were married at Ely Cathedral’s Prior Crauden’s Chapel in Ely, England on June 19, 1961 by their college chaplain and with the express permission of the Archbishop of Canterbury. The daughter of Margaret Grayson Lang and Daniel Dessausure Lang, Marnie enjoyed a rich and happy life raising four sons, an artisan of needlepoint and fine sewing, digital publication, and design. She opened her heart and home to children, friends, friends of children, grandchildren, and many more and became known to all as “Gram.” She and Robin were hosts for celebrations of all kinds, whether for life events among family and friends or events at their beloved St. Martin’s-in-the-Fields in Forest Acres. Marnie and her family were founding members of St. Martin’s and she served on the first Junior Altar Guild and was a member for the first Sunday School Class. She continued to serve on the Altar Guild for many decades, including multiple terms as director of the Guild. Marnie was also a longtime member of the Pastoral Care Committee. In addition to her years of service at St. Martin’s, she was a member of the Daughters of the King, and was the founding coordinator of the Liturgical Arts Conference at Kanuga Conferences in Hendersonville, NC. Marnie and Robin traveled the world promoting the Anglican Communion’s Compass Rose Society, supporting the work of the Archbishop of Canterbury and the greater Anglican Communion. In her professional life, she served first as a pre-school teacher and later as the director of the pre-school at St. Michael’s and All Angels’ Episcopal Church. At the same time, she managed the administration of the family business. Later, she served on the staff of St. Martin’s-in-the-Fields, Columbia, as both Parish Administrator and Publications Director, until her retirement. The Burial Office and Holy Eucharist will take place at 11 o’clock Monday, July 12th at St. Martin’s-in-the-Fields Episcopal Church, 5220 Clemson Avenue, Columbia, SC. A reception will immediately follow in the church parish hall. Shives Funeral Home, Trenholm Road Chapel, 7600 Trenholm Road Ext., Columbia, SC, is assisting the family. In lieu of flowers or other gifts, memorials may be made to the St. Martin’s-in-the-Fields Episcopal Church Foundation or Kanuga Conferences, Inc., 130 Kanuga Chapel Drive, Hendersonville, NC 28739.

Margaret Lang Smith, &#8220;Marnie&#8221; and &#8220;Gram,&#8221; died peacefully at home in Columbia on July 7, 2021 after a brief illness following a diagnosis of stage IV pancreatic cancer. She is survived by her husband of sixty years,... View Obituary & Service Information

The family of Mrs. Margaret L. Smith created this Life Tributes page to make it easy to share your memories.