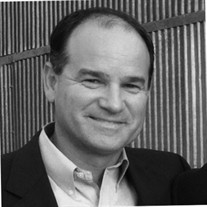 Michael Wayne Helmly, 49, of Columbia, passed away on Sunday, October 24, 2021. Born in Charleston, SC, on October 27, 1971, he was a son of William Hayward Helmly and Barbara Jean Grooms Dingle. Michael grew up in Summerville, SC where he was an all-star baseball player at Parks Field, a member of the Summerville High School state champion marching band and was also a member of the golf team. Michael graduated Summerville High School in 1989 and earned his Bachelor of Science degree in Retailing from the University of South Carolina in Columbia in 1994, where he was a member of Kappa Sigma fraternity and served as its Grand Procurator. It was then that he and his younger brother, Randy, began entertaining the Kappa Sigma fraternity by singing and playing guitar and then at the Kappa Alpha house at Wofford College. The “Helmly Brothers” morphed into Exit 199 in 1997 when Mac Leaphart joined the duo. Gibbs Leaphart and Joe Good soon joined the trio and Five Way Friday was born. Michael McWhorter and Rivers Pearce were added and the real fun began! Five Way Friday became one of the most popular bands in South Carolina and the Southeast, recording 4 full-length albums and playing thousands of shows from Maine to Miami. They shared the stage with some of the biggest names in music including Hootie and the Blowfish and Hall and Oates. Michael’s song writing, steady rhythm guitar, dynamic harmonies, and magnetic personality on stage made him the heart and soul of the band. Over the years, Five Way Friday has donated multiple performances to benefit charitable causes throughout South Carolina. As a testament to his faith and his service to God, Michael generously shared his musical talents with his beloved church, becoming the leader of the Lifeline contemporary service music ensemble at Shandon United Methodist. Michael was passionate about growing and evolving the Lifeline service which he did successfully, and in doing so, created a legacy that will touch lives for years to come. In Michael’s successful professional life, he was Senior Packing Specialist for Morrisette, a leader in the packaging products industry. He loved his job, he loved the people he worked with, and he loved the people he worked for. He felt richly rewarded by the relationships he established with his clients and his colleagues, and he was respected by his competition. Michael loved golf and was an active member of Forest Lake Club. Additionally, he was a member of The South Carolina Debutante Ball, The St. Andrews Society and F3 Columbia. Michael loved baseball and was a 3rd generation youth baseball coach following in his father’s and his grandfather’s footsteps. He coached his son, Hunter’s travel ball team, The Falcons. Michael and Hunter shared a love of baseball, and it was Michael’s joy to watch him play. The two could be found daily throwing the baseball in the front yard. Michael especially enjoyed watching his daughter, Lucy Gray’s dance routines with Palmetto Performing Arts Competition Team where she continues to be a talented performer. He would follow her anywhere to encourage her and offer his loving support. His children were his pride and joy, but the love of his life was his precious Jennifer whom he met during a Five Way Friday performance. From that first encounter, they both knew they had met “The One”. Michael firmly believed that God arranged their chance meeting and has richly blessed their life together ever since. Anyone who has ever met Michael would agree, “To know him was to love him.” He enriched countless lives that are forever changed for the better. His impact on family, friends, and community will never end. Michael is survived by his wife, Jennifer Little Helmly; son, Michael Hunter Helmly; daughter, Lucy Gray Helmly; father, William Hayward Helmly (Laura) of Summerville; mother, Barbara Jean Grooms Dingle (Dickey) of Isle of Palms; mother and father-in-law, Tommy and Lucy Little of Columbia; brothers, Joe (Carmen) of Summerville and Randy (Prentice) of Mt. Pleasant; step brothers, Walsh Dingle (Mollie) and Tommy Dingle (Kaitlyn) of Mt. Pleasant; stepsister, Mandy Dingle Turner (John) of Mt. Pleasant; uncles, Ransome Grooms (Linda) of North Charleston, Robert Wayne Grooms (Joni) of Burlington, NC, and Howard Helmly of Columbia; sister-in-law, Lauren Little Powers (Jay) of Columbia; nephews, Andrew Helmly, Hayward Helmly, William Helmly, and Jamison Powers; and nieces, Eleanor Helmly and Caroline Powers. A service to celebrate Michael’s life will be held at 11 o’clock, Saturday, October 30th, in the Dunn-Smith Center at Shandon United Methodist Church, 3407 Devine St., Columbia, SC 29205 with the Rev. James Grubb officiating. For those unable to attend, a livestream of the service will be provided by Shandon United Methodist and accessible by visiting ShivesFuneralHome.com or shandon-umc.org. Shives Funeral Home, Trenholm Road Chapel, is assisting with arrangements. The family is not hosting a formal visitation. A private inurnment service will be held at a later date. Memorial donations may be addressed and made out to the Michael Helmly Endowment, c/o First Reliance Bank, 1901 Main St., Ste. 1105, Columbia, SC 29201.

Michael Wayne Helmly, 49, of Columbia, passed away on Sunday, October 24, 2021. Born in Charleston, SC, on October 27, 1971, he was a son of William Hayward Helmly and Barbara Jean Grooms Dingle. Michael grew up in Summerville, SC where he... View Obituary & Service Information

The family of Mr. Michael Wayne Helmly created this Life Tributes page to make it easy to share your memories.

Michael Wayne Helmly, 49, of Columbia, passed away on Sunday,...

Send flowers to the Helmly family.