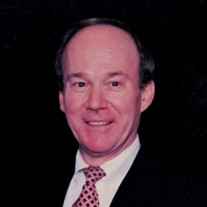 Milton Perry Moore was born December 3, 1943, in Clinton, South Carolina to Wilma McCracken Moore and Perry Martin Moore. His father was a farmer and his mother owned and operated a loan office. She was one of very few women in business in her day. Growing up in Clinton, an idyllic, southern mill town, shaped his life. He and his wife Jean attended Clinton schools, from Kindergarten through graduating together from Clinton High in the Class of 1962. After High School he attended Oak Ridge Military Academy in Oak Ridge, Tennessee. He is a graduate of Wofford College in the Class of 1967. He moved his young family to Columbia in 1972 to attend Graduate School at the University of South Carolina. Jean supported the family as Resident Manager of Hampton Park Apartments. Milton earned a Master's Degree in Business Administration and a Master's Degree in Accountancy. Many years later he was an Adjunct Professor of Finance and Taxation at the University of South Carolina. He served in the South Carolina National Guard as a Military Police officer. He was a member of Ducks Unlimited, the Columbia Rotary Club (Paul Harris Fellow), the Irmo Navy, and was a pioneer in the development and success of the modern-day Republican Party in South Carolina. He led many highly successful fundraising efforts for candidates statewide from the early days. He was a head Usher at Eastminster Presbyterian Church for more than twenty years. He grew up water skiing on Lake Greenwood and then Lake Murray, where he built the Moore family lake home in 1980. He enjoyed duck hunting with friends and ultimately his sons. He floated almost every river in South Carolina. He taught his sons, among many other things, about shotguns, tractors, boats, and motors. He was extremely proud of his daughter and her commitment to succeed him in his business. He could and would fix or build most anything. He studied the South and wrote the family book on our Scottish heritage. He was gifted as an inspirational public speaker and teacher of life. He possessed a quick wit. He loved Bluegrass, Country, and Gospel music. He threw a little Fourth of July party at Lake Murray every now and then. He was meticulous, had an unrivaled positive attitude, endless motivation, and energy. He had a special heart. He was the compass of our family. He guided us to the rivers, lakes, the ocean, churches and most importantly our family. He will be missed every day. He is survived by his wife of 55 years, Jean Bailey Arnold; children, Martin Arnold Moore (Lauri), Meredith Moore Housman (Gary), Matthew McCracken Moore; grandchildren, Ross Martin Moore, John Bailey Moore, Lyndsay Meredith Moore, Adlai Vassy Moore, Langston Emory Moore, Louisa Perry Moore, Reese Woodruff Housman, and Riley Kathryn Housman. The memorial service for Mr. Moore will be held at 11 o’clock, Friday, June 25, 2021, at Eastminster Presbyterian Church, 320 Trenholm Road, Columbia, SC. A visitation will be held in Thompson Hall immediately following the service, and from 5 until 7 o’clock at Lake Murray Presbyterian Church, 2721 Dutch Fork, Chapin, SC. A livestream of the service may be seen by visiting eastminster-pres.org. At a later date, Milton will be buried in Bethesda Cemetery in York County. Generations of Moore’s have been laid to rest in this special place since their arrival in South Carolina in the 1700s. Donations in his memory may be made to Eastminster Presbyterian Church; Hammond School, 854 Galway Lane, Columbia, SC 29209; Lake Murray Presbyterian Church; or the Animal Mission of Columbia, P.O. Box 50023, Columbia, SC 29250.

Milton Perry Moore was born December 3, 1943, in Clinton, South Carolina to Wilma McCracken Moore and Perry Martin Moore. His father was a farmer and his mother owned and operated a loan office. She was one of very few women in business in her... View Obituary & Service Information

The family of Mr. Milton Perry Moore created this Life Tributes page to make it easy to share your memories.