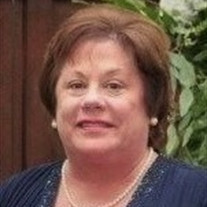 Dell Kirkpatrick, 68, passed away on Sunday, February 28, 2021. Born January 17, 1953, in Columbia, SC, she was the daughter of Tommie O’Dell deLoach and Francis Bratton deLoach, Sr. Dell graduated from Clemson University in 1975 with a bachelor’s degree in education and went on to pursue her Master of Education at Clemson, graduating in 1977. She taught education in the South Carolina public school system for 25 years before retiring and continuing her educational work at both First Presbyterian Church and Advent Episcopal Church in Spartanburg. She had an avid love for all children and dedicated much of her career to children with special needs. Summers that were spent at The Seabiscuit in Pawleys Island, SC, surrounded by family, were some of her most treasured moments. Dell loved all her grandchildren dearly and was always so proud and quick to brag about them. She cherished her dogs, Buddy and Murphy over the last years of her life. They were her constant companions. Dell is survived by her sons, David Murray Kirkpatrick, Jr. (Catherine Smith) and Andrew Thomas Kirkpatrick (Kaley Frye) of Columbia; grandsons, Benjamin James Kirkpatrick and Taylor Smith Kirkpatrick; granddaughters, Ella Murray Kirkpatrick and Salley Mitchell Kirkpatrick; sister, Patty deLoach Bush (Al) of Easley; father of her children, David Murray Kirkpatrick, Sr.; brother-in-law, William O. Kirkpatrick (Joyce) of Anderson; and numerous nieces and nephews. In addition to her parents, she was preceded in death by her brothers, Tom deLoach and Bratton deLoach; as well as her sister, Polly deLoach. A private graveside service for family only will be held at West View Cemetery, Liberty, SC, Sunday, March 7th, 2021. Shives Funeral Home, Trenholm Road Chapel, is assisting the family locally. Robinson Funeral Home, 305 West Main Street, Easley, SC, will be assisting the family in Liberty. Memorials may be made to Charles Lea Center, 195 Burdette Street, Spartanburg, SC 29307, or the charity of one’s choice.

Dell Kirkpatrick, 68, passed away on Sunday, February 28, 2021. Born January 17, 1953, in Columbia, SC, she was the daughter of Tommie O&#8217;Dell deLoach and Francis Bratton deLoach, Sr. Dell graduated from Clemson University in 1975 with... View Obituary & Service Information

The family of Ms. Miriam O'Dell "Dell" deLoach Kirkpatrick created this Life Tributes page to make it easy to share your memories.

Send flowers to the Kirkpatrick family.