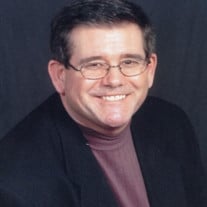 Pastor Myles Randolph Beck, 67, of Lexington, died on Friday, October 29, 2021. Born in Farmville, VA, on June 22, 1954, he was the second son of the late James Benjamin and Louise Young Beck. He grew up working on the family farm in Keysville, VA. After high school, Myles worked full time while attending Lynchburg Baptist College (later named Liberty University) where he earned his bachelor’s and master’s degrees. Ultimately, he achieved his Th.D from Trinity Evangelical Divinity School in Deerfield, IL. Pursuing a call to ministry, Myles began as a youth pastor at Faith Baptist Church. His years in pastoral ministry included People’s Baptist Church, Keysville Baptist Temple, Lighthouse Baptist Church, Oakland Hills Baptist Church, Holiday Park Baptist Church, New Heights Church, and Fresh Church. In addition, Myles focused on teaching future leaders both domestically and internationally as the Dean of Nashville Bible College and a visiting teacher for the Samara Center for Biblical Training in Russia. In addition to his ministry endeavors, Myles was an avid fan of Steeler’s football, as well as his sons’ sports activities. He was a voracious reader and loved learning, a trait he passed on to his daughter who occasionally attended seminary classes with him as a toddler. Missions opportunities created a love of travel, especially internationally. Myles enjoyed meeting with people and could often be found sharing a meal at Cracker Barrel, or other local restaurants. Growing up in rural Virginia created a love of nature, and in his younger years, he often hunted with his sons on the family farm. Once the grandchildren were born, “Papa” visited frequently to spend time with them. Though lacking in musical talent, Myles loved a variety of music, which ranged from Miles Davis to Brooks & Dunn. A fan of movies, as his health declined, this form of entertainment became more important to him. On the first cold day of every year, he watched Grumpy Old Men. Memories of his participation in these and other activities comfort those who loved him. Survivors include his daughter, Wyndi Labrecque (Justin) of Woodstock, GA; sons, Benjamin Beck (Ashley) of Belle Vernon, PA; and Jason Beck (Lori) of Columbia, SC; grandchildren, Aiden and Avalyn Labrecque, Benjamin and Brooks Beck; brother, James “Jimmy” Beck (Mary Ann); the mother of his children, Wilma Ramsey Beck; as well as numerous extended family members, friends, and countless lives he touched during his years in ministry. The service for Mr. Beck will be held at 3 o’clock, Saturday, November 6th, at Shives Funeral Home, Trenholm Road Chapel, 7600 Trenholm Road Ext., Columbia, with Pastor Jamie Ballentine officiating. The family will greet friends following the service at the funeral home. Myles’ remains will be interred at Cool Springs Christian in Keysville, VA at a date to be determined. In lieu of flowers, please send donations to "Pastor Renewal Retreat" fund through The Billy Graham Training Center at The Cove. You may find more information by visiting the link https://thecove.org/donate/

Pastor Myles Randolph Beck, 67, of Lexington, died on Friday, October 29, 2021. Born in Farmville, VA, on June 22, 1954, he was the second son of the late James Benjamin and Louise Young Beck. He grew up working on the family farm in Keysville,... View Obituary & Service Information

The family of Pastor Myles R. Beck created this Life Tributes page to make it easy to share your memories.

Send flowers to the Beck family.