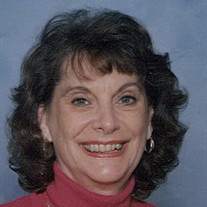 Natalie “Lee” Ruth Oliver Pippen, of Columbia, entered eternal peace on Thursday, March 25, 2021, at the age of 78 after a three-year-long battle with cancer. Lee was born on June 20, 1942, in Greensboro, NC, and was the daughter of the late Lt. Commander Harold Lloyd Oliver and Ruth Farrar Oliver. She graduated from Winthrop College in 1964 with a BA in English and French and was particularly involved in the theatre and was an editor of the college newspaper. She taught English Literature and French for several years and then pursued graduate studies in Special Education at USC. She devoted her last 22 years of teaching to her beloved Special Ed students at Fairwold Pendergrass Special Education School where she was recognized as Teacher of the Year in 1983 and where she filled the hearts of many. Lee especially enjoyed visiting the beach, collecting sea glass, dancing (the Carolina Shag was her favorite), swimming (she loved the water and was famous for her speedy side-stroke), reading, playing piano (especially Chopin), involvement with community service, and especially being with her friends and family. She also loved her church family at Forest Lake Presbyterian, where she served in many capacities including being an ordained PCUSA (Presbyterian Church USA) Deacon and Elder and Moderator and Historian of FLPC Presbyterian Women. She was awarded the Presbyterian Women Honorary Life Membership. In 2005, Lee was inspired to develop an Environmental Stewardship Ministry in her church and community. Through her tireless efforts, Forest Lake Presbyterian Church soon became one of the first congregations in South Carolina to be certified as an Earth Care Congregation by PCUSA and now serves as a model program for other congregations to follow. Due to Lee’s forward thinking and leadership in caring for God’s creation, she received much deserved recognition. Of recent note are the William Gibson Eco-Justice Award she received in 2019 from Presbyterians for Earth Care, a national recognition given to individuals whose environmental work is especially praiseworthy and creative. Lee also received the Watershed Wonder Award from the Gills Creek Watershed Association in the same year for her efforts to encourage her congregation and other community members to take steps to improve the water quality and the health of the Gills Creek watershed. Forest Lake Presbyterian Women also honored Lee by naming the church’s recycling room after her and by placing a plaque with this designation beside its door. Soon after the Forest Lake Presbyterian Church Environmental Stewardship Ministry was formed, Lee was instrumental in planning and developing an organic vegetable garden at the church that donates its produce to a local food bank. The garden, which is tended by both children and adults, is used as an educational tool in the children’s classes. Each year, under Lee’s leadership, Forest Lake Presbyterian Church celebrates Earth Sunday with numerous exhibits that demonstrate ways to care for the earth God created and for all the creatures that inhabit it. It is an event that was very close to her heart. Lee was a strong and tender soul, whose sparkling light will live on in everyone who knew her. Lee is survived by her daughter Brooke Pippen Compton (Christopher), who is also the daughter of Lou Pippen, Lee’s former spouse; grandsons, Rider Compton and Rainer Compton, all of Columbia, SC; stepdaughters, Blynn Pippen and Susan Pippen Rhyne (Daniel); step granddaughter, Caroline Rhyne, all of Montgomery, Al; cousin, Carol Sawyer Parks of Boston MA; and her dear companion Hal “Gene” Fisher of Columbia, SC. Shives Funeral Home, Trenholm Road Chapel, is assisting the family with a private graveside service; Forest Lake Presbyterian Church will honor Lee when conditions allow us to do so safely. In lieu of flowers, donations can be made to the Forest Lake Presbyterian Church Environmental Fund, 6500 N. Trenholm Rd., Columbia, SC 29206, or to the Gills Creek Watershed Association, 712 Main St., EWS 603, Columbia, SC 29208.

The family of Ms. Natalie (Lee) Oliver Pippen created this Life Tributes page to make it easy to share your memories.

Send flowers to the Pippen family.