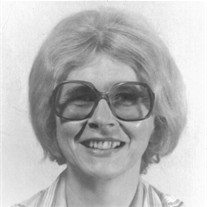 Dr. Neda K. Osterman, wife of Dr. Juraj “George” Osterman, passed away on December 19, 2021 of an acute severe illness. She was born in former Yugoslavia to Dr. Eduard Kralj and Jelena Zekic. During childhood with her family, she lived through and survived the horrors of World War II, and after the war she lived under Communist rule for the next twenty-five years. She graduated from the University of Zagreb Dental Branch of the Medical School in Croatia with the degree of Doctor of Medical Dentistry and practiced general dentistry for seven years before moving with her husband and daughter to America. Neda worked as a research assistant at Penn State University, Hershey Medical Center for nine years until moving with her family to Columbia, SC. She worked as a research specialist in the Department of Anatomy and Cell Biology at the University of South Carolina School of Medicine for twenty-seven years before retiring and assisted in educating thousands of medical students during her career. Neda and George met during medical school and were married shortly after graduating. They had a happy marriage for more than fifty-eight years and were blessed with two wonderful children, Drs. Maja and Mark (Kimberly) Osterman and three adorable granddaughters, Lana, Elise, and Charlotte. Neda was an incredibly strong woman and fantastic mother who sacrificed everything for her children. She devoted countless hours to working with her children on academics and classical piano. She instilled important life and work values in her children and is largely responsible for their success. Neda was also a very loving and doting grandmother who thoroughly enjoyed spoiling her granddaughters with food, gifts, and love. Neda had diverse interests, including classical music, opera, art, and history. She loved to travel, especially to Croatia and its beautiful Adriatic coast. She had many friends in Croatia and truly savored her visits with them after retirement. Neda was also a devoted Catholic all of her life and with her husband was a founding member of Saint John Neumann Catholic Church in Columbia, SC. Neda was a very giving and generous person. She always insisted on donating money and clothing to numerous charitable organizations throughout each year and took great pride in helping others less fortunate than she was. She is preceded in death by her parents and brother, Dr. Kresimir Kralj. She is survived by her husband, children, and grandchildren as well as her brother, Dr. Antun (Tatjana) Kralj and nephew, Berislav (Olivera) Kralj, of Baden, Switzerland. The Osterman family would like to thank their wonderful friends and neighbors for all of their love and support. The family expresses their deepest gratitude and appreciation to the nurses and physicians of Prisma Health Richland Hospital for their compassionate care during her hospitalization. The family would also like to thank Neda’s long-term physicians, Drs. James Fant, Elizabeth Edwards, and Niall McLaughlin. The family will receive friends on Friday, January 21st between 6 and 8 o’clock in the evening at Shives Funeral Home, 7600 Trenholm Road Extension, Columbia, SC. The Mass of Christian Burial will be held at 12 o’clock noon Saturday, January 22nd at St. John Neumann Catholic Church, 100 Polo Road, Columbia, SC. Shives Funeral Home, Trenholm Road Chapel, is assisting the family. In lieu of flowers, donations can be made in her honor to St. John Neumann Catholic Church, the American Red Cross, a veteran’s charity, or a charity of your choice.

Dr. Neda K. Osterman, wife of Dr. Juraj &#8220;George&#8221; Osterman, passed away on December 19, 2021 of an acute severe illness. She was born in former Yugoslavia to Dr. Eduard Kralj and Jelena Zekic. During childhood with her family, she... View Obituary & Service Information

The family of Mrs. Neda K. Osterman, DMD created this Life Tributes page to make it easy to share your memories.