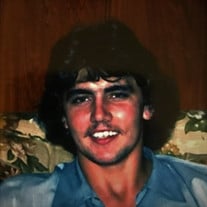 Philip W. Johnson, 61, of Eastover, SC, died Monday, September 28, 2020. Born September 22, 1959, in Mullins, SC, he was a son of Jeanette Todd Gardner of Eastover, SC and the late Franklin Johnson. In addition to his father, he was preceded in death by two brothers, Frank and Randy Johnson. As a young man he enjoyed spending his summers on the Johnson family farm in Mullins, SC. During those informative years, Mr. Johnson developed his passion for being outdoors and farming. He continued this lifestyle throughout his entire life. Mr. Johnson also cherished every opportunity to spend time with his family and dearest friends. He was also a collector of all items. Mr. Johnson always thought that,” One man’s junk is another man’s treasure.” He will be greatly missed by all who had the unique opportunity of knowing him. Surviving in addition to his mother are his beloved daughters, Courtney Johnson and her fiancé, Levi, of Columbia, SC, Michele Johnson Harrison and her husband, Donovan, of Chapin, SC; grandchildren, Landyn, Van, and Mason; sister, Susan Johnson Hardwick and her husband, Bishop, of Nichols, SC; as well as his nieces and nephews, Danielle Johnson Metz (Jay), Hank Johnson (Leslie), Mary Bishop Hardwick, Natalie Hardwick Rao (Jason), Jessie Johnson Hackel (Kyle), and Jay Johnson. A graveside service for Mr. Johnson will be held 2 o’clock Sunday, October 4th at Rehobeth United Methodist Church Cemetery, 2775 Barnhill Rd, Galivants Ferry, SC 29544 directed by Johnson Funeral Home of Aynor. The family will receive friends prior to the service in the church fellowship hall beginning at 1 o’clock. Shives Funeral Home, Trenholm Road Chapel, is assisting the family locally. The family would like to express their gratitude to his cousin, Vicki Barfield, for the care she provided to Mr. Johnson over the last several years. Memorials may be sent to the American Cancer Society, 200 Center Point Cir #100, Columbia, SC 29210.

Philip W. Johnson, 61, of Eastover, SC, died Monday, September 28, 2020. Born September 22, 1959, in Mullins, SC, he was a son of Jeanette Todd Gardner of Eastover, SC and the late Franklin Johnson. In addition to his father, he was preceded... View Obituary & Service Information

The family of Mr. Philip W. Johnson created this Life Tributes page to make it easy to share your memories.

Send flowers to the Johnson family.