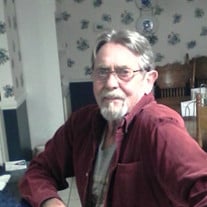 Richard David O’Quinn, 76, of Prosperity, SC, died on Monday, September 6, 2021. Born December 7, 1944, in Walterboro, SC, he was a son of the late Barry J. O’Quinn and Catherine Fender O’Quinn. He was a proud Army Veteran, Shriner, and Mason, having achieved the honor of being a 32nd degree. Richard loved old cars and riding his Harley. He enjoyed life on the lake, being in his boat, and fishing. Richard was a people person, having never met a stranger. He loved his family and spending time with them. Survivors include his loving wife, Rosemary O’Quinn; children, Richard “Ric” O’Quinn, Jr. (Debra), Cindy O’Quinn Griffin, Aprial Brown (Dion), Jennifer Sykes; nine grandchildren; 10 great grandchildren; brother, Larry O’Quinn; along with numerous friends. In addition to his parents, Richard was preceded in death by his son, Brian Sykes. A celebration of Richard’s life will be held at 874 Leisure Point Road, Prosperity, SC on Saturday, December 4, 2021 at 12 o'clock. A visitation will follow the service at the home. Shives Funeral Home, Trenholm Road Chapel, is assisting the family. In lieu of flowers, memorials may be made to The Shriners Hospitals for Children, 950 W. Faris Rd., Greenville, SC, 29605. Memories and condolences may be shared at ShivesFuneralHome.com

The family of Mr. Richard David O'Quinn, Sr. created this Life Tributes page to make it easy to share your memories.

Send flowers to the O'Quinn family.