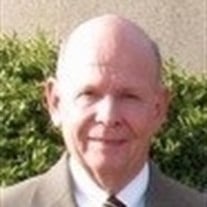 Robert Wade "Bob" Duggleby, Lieutenant Colonel, US Army (Retired), 82, passed away February 25, 2021. Bob was born September 28, 1938, to William George and Ruby Wade Jackson Duggleby in Albany, Georgia. Bob grew up in Albany and graduated from Albany High School in 1956. After graduation, he attended Auburn University for two years and enlisted in the US Army in 1958. In 1966, he was commissioned through Officer Candidate School as a Second Lieutenant in the Field Artillery Corps. Bob was a decorated Vietnam War Veteran and served tours of duty in Okinawa, Korea, Germany and numerous postings throughout the Continental United States, to include, serving as a Professor of Military Science at the University of Wisconsin. Bob was a graduate of the University of Nebraska and Central Michigan University with Bachelor's and Master's Degrees in Business Administration. He was also a graduate of the Army Field Artillery Officer's Advanced Course and the Army Command and General Staff College. He retired from the Army in 1989 and began a second career with the South Carolina Emergency Preparedness Division and became the Manager of Nuclear Programs for the State. He again retired in 2005 and became a consultant and independent contractor with FEMA as an offsite safety evaluator for nuclear power plants. Bob was a member of the Anglican Cathedral Church of Epiphany in Columbia, SC. He was a former Mason and Shriner. He was an avid Rosarian and member of the Greater Columbia Rose Society and he maintained both his home rose garden and the Children's Memorial Rose Garden at Prius Health Hospital. He was a former member of the Palmetto Shag Club and the Capital City Shag Club and loved shag dancing with friends. Bob was preceded in death by his parents; his brother, William George Duggleby, Jr., and his high school sweetheart and beloved wife of 42 years, Charlotte Gale Duggleby. He is survived by his son, Colonel Robert Wade Duggleby, Jr., US Army (Retired) of Tallahassee, Florida; two daughters, Barbara Duggleby Cobb of Marietta, Georgia and Laura Gale Ericksen of Greer, South Carolina, seven grandchildren, and three great-grandchildren. A memorial service will be held at 4 o’clock, Saturday March 6th at Shives Funeral Home, Trenholm Road Chapel, 7600 Trenholm Road, Columbia. The family will receive friends prior to the service from 3 until 3:45 o’clock. For those unable to attend, a livestream of the service will be available on Bob’s tribute page at ShivesFuneralHome.com. Inurnment with full military honors will take place in Arlington National Cemetery at a later date. Memories and condolences may be shared at ShivesFuneralhome.com. In lieu of flowers, memorial donations may be given to the Greater Columbia Rose Society by visiting http://carolinadistrict.org/GCRS/index.htm , https://www.facebook.com/Greater-Columbia-Rose-Society-561951970527338/

The family of Mr. Robert Wade Duggleby created this Life Tributes page to make it easy to share your memories.

Send flowers to the Duggleby family.