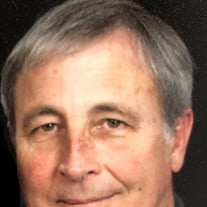 Robert “Bob” D. Fink, 72, died on Monday, December 14, 2020. Born December 29, 1947 in Boston, MA, he was the son of the late Boyd William Fink and Genevieve Marie Cornwell Fink. A member of Northeast United Methodist Church, Bob was a faithful follower of Christ. He proudly served his country during the Vietnam Conflict as a sniper with the 1st Marine Division, receiving two purple hearts; and following his military service, he went on to study Criminal Justice and earned his Bachelor’s degree at Central Missouri State University. Bob enjoyed the outdoors, especially anything related to the water, as he loved to go kayaking, fishing and sailing. A Past-Commodore of the Central Oklahoma Sailing Association and Central States Sailing Assn. Bob was an advocate for recreational sailing and racing, and some of his dearest friendships were formed at the lake. He worked in numerous fields, including as an undercover narcotics agent, and later as an insurance adjuster and in that role he helped many families following the bombing of the Murrah Federal Building in Oklahoma City in April, 1995. Bob was a wonderful storyteller and had a famously dry and often sarcastic sense of humor, which he kept to the end. Most of all, Bob loved his family, and was deeply proud of watching his grandchildren grow and achieve their dreams. Survivors include his loving wife, Joy D. Fink; daughter, Bonnie Riley (Sean); and grandchildren, Benjamin Cash, Jacob Robert, and Lydia E. K. Riley. A memorial service will be held at 10 o’clock, Friday, December 18, 2020, at Shives Funeral Home, Trenholm Road Chapel with The Rev. Robin Griffeth officiating. The family will greet friends following the service. All are welcome to attend; however, masks are required, and social distancing is enforced to maintain a safe environment for all. For those unable to attend, a livestream may be viewed by visiting Bob’s tribute page at ShivesFuneralHome.com. In lieu of flowers, memorials may be made to Northeast United Methodist Church, 4000 Hard Scrabble Road, Columbia, SC 29223.

The family of Mr. Robert Dean Fink created this Life Tributes page to make it easy to share your memories.

Send flowers to the Fink family.