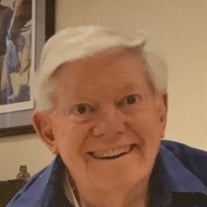 Robert Louis Slimp was born in Pasadena, CA on 15 February 1929 and lived much of his early life in California, Missouri, and the Oklahoma Panhandle, where his family farmed during the worst years of the Dust Bowl. He attended Baylor University, and Emory Seminary, becoming a career chaplain in the U.S. Army. He served in Korea and Germany, where he met his wife, Ursula Sommer, and also had memorable assignments at Ft Hood, TX, and in Vietnam, where he was awarded the bronze star. Shortly after retiring as a Lt Col at Ft Jackson in 1973, he entered the civilian ministry and served for a time as pastor of Maple Street Southern Methodist Church. In the late 1970s he founded Calvary Presbyterian Church in Columbia and then for several years served as the supply pastor of Liberty Springs Presbyterian Church in Cross Hill. For the past twenty years he was mainly retired from ministry, and became an active member of First Presbyterian Church in Columbia. During the 1970s and 80s he had a sideline as a journalist, writing about such places as South Africa, Zimbabwe, and El Salvador for a variety of outlets, including The Manchester Union Leader. For well over thirty years he was a fixture in local and state-wide Republican politics. For most of his life he was active in various civic organizations, including the downtown Columbia chapter of the Lions Club, which he served as president for a term. He was also a longtime member of the Sons of Confederate Veterans. He is survived by his sons Louis (Terry) of Glendale, CA, and Stephen (Cindy) of Meridian, MS, as well as three granddaughters, Elisabeth (Diogo) De Souza of Euless, TX, Mary of Meridian, MS and Susannah of Clearwater, FL The funeral service for Chaplain (Lt. Col) Robert Louis Slimp, US Army (Ret.) will be held at 10 o’clock, Saturday, August 7th, at Shives Funeral Home, Trenholm Road Chapel, 7600 Trenholm Road Ext., Columbia. The Rev. Bryan Bult will officiate. The family will receive friends prior to the service at the funeral home beginning at 9:15 o’clock. Burial in Elmwood Cemetery will follow the service.

Robert Louis Slimp was born in Pasadena, CA on 15 February 1929 and lived much of his early life in California, Missouri, and the Oklahoma Panhandle, where his family farmed during the worst years of the Dust Bowl. He attended Baylor University,... View Obituary & Service Information

The family of Chaplain (Lt. Col) Robert Louis Slimp, US Army (Ret.) created this Life Tributes page to make it easy to share your memories.

Send flowers to the Slimp family.