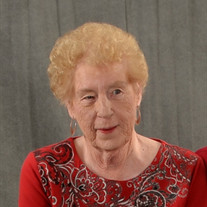 Sarah Nellie Elaine Braddock, 83, of Columbia, passed away on Thursday, August 19, 2021. Born November 6, 1937, in Hartsville, she was a daughter of the late Ham Walter Griggs, Sr. and Sarah Alma Pernisa Adams Griggs. Mrs. Braddock was a graduate of Hartsville High School. She met the love of her life, Lex Eugene Braddock, and they married in April of 1955. During that time, Mr. Braddock was discharged from the US Navy and was employed for a local grocery store. Fate allowed her to work at the same store as a cashier. From the beginning, the two created a beautiful life and marriage of 65 years. Their marriage was filled with love, devotion and her excellent cooking. Mrs. Braddock was known for her famous chicken and dumplings, mac and cheese, cornbread dressing, and Lex’s favorite, beef stroganoff. Not only was she a great cook; Mrs. Braddock was also a wonderful baker. Each year, she treated family and friends to her homemade Christmas cookies. Mrs. Braddock spent many of her years as a homemaker to her family. She was a very loving and devoted wife and mother. In her later years, she began working for Walker Hunter & Associates. Her commanding presence, determination, and leadership skills led her through a very successful career as their claims manager. Following her retirement, she began to spend some of her time playing bingo and reading romance novels. In addition to her husband, Mrs. Braddock is survived by her sons, Michael Eugene Braddock (Carol) and William Walter Braddock (Jennifer); grandchildren, Katherine Mary Rabon (Matthew), James Lugwig Braddock, Amanda Eve Braddock and Heather Elaine Chmiola (Andrew); great-granddaughter, Hannah Eve Chimola; and siblings, Vista A. Morse and Florence Elizabeth “Lib” Sauer, and many beloved nieces and nephews. Along with her parents, she was preceded in death by a grandson, Michael Vaughn Legg; siblings, Carl Lamb Griggs, Molly Kennington, David Cain “D.C.” Griggs, Annie Bell Alford, Carroll Lonnie Griggs, Ham Walter “Bud” Griggs Jr., and Claude “Pete” Berkley Griggs. A visitation for Mrs. Braddock will be held on Sunday, August 22, 2021, from 5 until 7 o'clock at Shives Funeral Home, Trenholm Road Chapel, 7600 Trenholm Road Ext. Columbia, SC 29223. A private graveside service will be held at Fort Jackson National Cemetery. A livestream of the service will be available under current webcast on Tuesday, August 24, 2021 at 10 o’clock in the morning. Memories and condolences may be shared at ShivesFuneralHome.com

Sarah Nellie Elaine Braddock, 83, of Columbia, passed away on Thursday, August 19, 2021. Born November 6, 1937, in Hartsville, she was a daughter of the late Ham Walter Griggs, Sr. and Sarah Alma Pernisa Adams Griggs. Mrs. Braddock was a... View Obituary & Service Information

The family of Mrs. Sarah Nellie Elaine Braddock created this Life Tributes page to make it easy to share your memories.

Sarah Nellie Elaine Braddock, 83, of Columbia, passed away on...

Send flowers to the Braddock family.