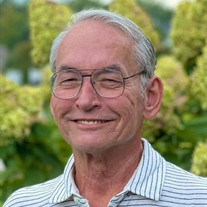 Stephen Joseph Tomczyk, Jr., of Columbia, SC; passed away on May 11, 2022, at the age of 73. Known to his friends as ‘Corky’, he was born on June 20, 1948, to Stephen and Dorothy Tomczyk in Bridgeport, CT. After graduating from Brien McMahon High School in 1966 and obtaining his Associates in Computer Programming, he began a career at United Technologies (later becoming Northrop Grumman and now Raytheon). During the birth of computer programming, he acquired skills in the rapidly evolving field, and eventually became a Senior Systems Analyst. He was fondly counted as one of the ‘Dinosaurs’ who understood foundational programming languages. He retired after 30 years of service. The lure of lake life brought him to South Carolina, where he took a position with Blue Cross Blue Shield as a Systems Analyst, retiring after 25 years. He enjoyed fishing, sports, cooking, and spending time with loved ones. Corky touched many lives as a role model and mentor throughout his career and as a coach of youth sports. Corky will be remembered by friends and family as a kind, humble and gentle soul. Corky was predeceased by his parents; and his stepson, Kristopher Windham. He is survived by his wife, Linda Minnick Tomczyk; his daughter, Stephanie A. Turner (Jason); his grandson, Jet Ethan Turner; his brother, Tom Tomczyk (Deb); niece and nephew, Kimaya and Bradley Tomczyk; his uncle, Jack Krafick; his stepson, David Windham (Ginny); his beloved cousins in Connecticut; and his two pets, Emmett and Biscuit. Services will be held at St. David’s Episcopal Church on May 21, 2022, at 1 o'clock, with The Reverend William M. “Scotty” Brock to officiate. In lieu of flowers, the family requests donations be made to St. David’s Episcopal Church, 605 Polo Road, Columbia, SC 29223. Shives Funeral Home, Trenholm Road Chapel, is assisting the family.

The family of Mr. Stephen J. Tomczyk, Jr. created this Life Tributes page to make it easy to share your memories.

Stephen Joseph Tomczyk, Jr., of Columbia, SC; passed away on...

Send flowers to the Tomczyk family.