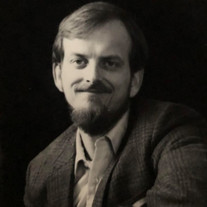 Stephen Allen Zenger passed away peacefully at home on January 28th, 2021, in the presence of close family. He is survived by his wife, Jane Floyd Zenger, after 47 years of marriage. Stephen was born on November 3, 1946, in Iowa Falls, Iowa, the son of the late Leroy and Doris Huston Zenger. He was the youngest of four children; he is preceded in death by his sister, Yvonne Schmalzried; and brother, David Zenger. His surviving sister, Marjorie Uitermarkt, lives with her husband, John in Ames, Iowa. After high school, Stephen studied music theory at Ellsworth College before enlisting in the Army, where he served in the Army Security Agency in Germany during the Vietnam War. In 1972, he moved to Columbia, SC to attend The University of South Carolina. After graduating with a Bachelor of Science degree in Geology, Stephen worked in South Carolina as an environmental and coastal geologist. During the 80’s he worked as a geophysicist for Cities Service Co. in Houston, Texas. Jane and Steve moved back to South Carolina in 1988 where he worked as an environmental geologist and designed and built a house in the Cedar Creek community near Blythewood. In his 50’s, he began a second career as a chemistry, physics, and earth sciences teacher, after earning his Master of Arts in Teaching degree from USC. He taught at AC Flora High School until his retirement in 2011. Steve was a collector and spreader of knowledge; he loved exploring nature, traveling, music, playing golf, and cooking, and was known for his fine woodworking and carpentry skills. He was a Renaissance man with callused hands and a giant, gentle heart. He could fit-in in any room, but he stood out from the crowd. If his friends or family were ever in crisis, he would drop everything and be there before you knew it. Even as dementia and cancer lessened his many talents, he never forgot how to say, “I love you.” His devotion to his wife Jane was unwavering and relentless. The Zenger family would like to express gratitude for the love and support we received throughout this long farewell, with special thanks to Patricia Igbinijesu and family. The family would also like to recognize the home health team at MSA Hospice for their devoted care. Stephen leaves behind two children, Kathryn “Katie” Emory Zenger and Jay Huston Zenger. Jay and his wife, Amanda live in Fort Mill, SC, and have two children, Jackson, and Nora Jane. Katie and her husband Patrick Brownson live in Columbia. No services will be held at this time; however, the family will gather for a memorial and celebration of his life when we can safely convene. Shives Funeral Home, Trenholm Road Chapel, is assisting the family. In lieu of flowers, the family suggests a donation in his memory to the Association for Frontotemporal Degeneration (AFTD) via the link here: https://www.theaftd.org/support-aftds-mission/. To donate by mail, simply make a check out to AFTD and send it to: AFTD, 2700 Horizon Drive, Suite 120, King of Prussia, PA, 19406. Memories and condolences may be shared at ShivesFuneralHome.com.

Stephen Allen Zenger passed away peacefully at home on January 28th, 2021, in the presence of close family. He is survived by his wife, Jane Floyd Zenger, after 47 years of marriage. Stephen was born on November 3, 1946, in Iowa Falls, Iowa,... View Obituary & Service Information

The family of Mr. Stephen Allen Zenger created this Life Tributes page to make it easy to share your memories.

Stephen Allen Zenger passed away peacefully at home on January...

Send flowers to the Zenger family.