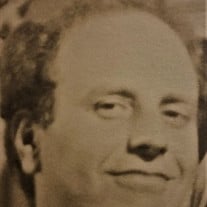 Theodore “Ted” Kimball Harris, 72, of Columbia, died Sunday, June 14, 2020 following a long illness. Born in New York on April 30, 1948, he was the son of the late Theodore Kimball Harris, Sr., and Lillian Arcuri Harris. Ted graduated from Tufts University in Medford, MA. He then moved to Columbia where he worked for the Palmetto Alliance and co-founded the Energy Research Foundation. Subsequently he obtained his Juris Doctorate from Lewis and Clark Law School in Portland, OR, where he studied environmental law. Prior to his illness, he was an attorney for the State of South Carolina Department of Social Services. He was preceded in death by his parents, his longtime comrade, Becky Hardee, and his beloved dog, Joseph. He is survived by his sister, Roberta Harris Short; niece, Katherine Elizabeth Short; nephew, Daniel Short; former spouse and best friend, Frances Close, and her two sons, Dehler and Elliott Hart. Ted was a brilliant intellect and a kind and gentle soul. He treated everyone he met with a natural and generous respect and lived his entire life in reverence for all living creatures and the environment. Shives Funeral Home, Trenholm Road Chapel, is assisting the family.

The family of Mr. Theodore Kimball Harris, Jr. created this Life Tributes page to make it easy to share your memories.

Send flowers to the Harris family.