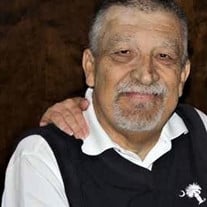 Thomas William Lemond, Jr., 76, of Columbia, died Friday, January 29, 2021. Tom was born on November 23, 1944, in Columbia, S.C., to the late Mrs. Mildred Waites Lemond and Thomas William Lemond, Sr. He is survived by his wife of 40 years, Vivian (Vicky) Carol Lemond of Columbia, SC; son, W. Casey Lemond (Mallory) of Pinehurst, NC; brother, G. Franklin Lemond (Martha) of Johns Creek, GA; brother-in-law, R. Marion Brice of Ocean Springs MS, and grandson, William Bear Lemond. Tom was a U.S. Navy veteran whose proudest moment was serving aboard the USS Liberty, a United States intelligence ship. On June 8, 1967, the ship was attacked during the Six Day War between Israel and Egypt. The combined air and sea attack killed 34 crew members, wounded another 171 men, and severely damaged the ship. He was wounded during the attack and received a Purple Heart medal for his sacrifice. As a proud Gamecock fan, Tom loved rooting for the football team during their ups and downs. He did not hesitate to beat you in Jeopardy unless a category about technology came up at which he would quickly concede to his son, Casey. Over the last year, his favorite activity was to video chat with his grandson, Bear, all the while gushing to everyone at the Veterans' Victory House about how perfect he was. Tom thoroughly enjoyed his extended family and will be missed by the many cousins, nieces, and nephews that loved him. A graveside service will be held at 1 o’clock, Thursday, February 4th, at Fort Jackson National Cemetery. Memories and condolences may be shared at ShivesFuneralHome.com.

The family of Mr. Thomas William Lemond, Jr. created this Life Tributes page to make it easy to share your memories.

Send flowers to the Lemond family.