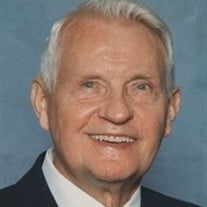 Thomas M. Williams, Jr., Chaplain, Lt. Col., United States Air Force (Ret.), passed away on Tuesday, August 18, 2020. Born on January 14, 1930, in Charleston, SC, he was the son of the late Thomas M. Williams, Sr., and Mildred Harvey Williams. Tom grew up on James Island near Folly Beach and graduated from the High School of Charleston. In 1951 he graduated from Wofford College and received his Master of Divinity from Duke Divinity School in 1954. He was ordained in The United Methodist Church and served the Lynchburg charge before entering the Air Force chaplaincy where he served 20 years. While in the Air Force, he attended the Institute of Religion and Human Development at the Texas Medical Center where he received his Clinical Pastoral Education supervisory credentials. His military assignment took him to England, Germany, Labrador, and several bases in the U.S. After retirement, he and his family returned to SC and he took a position with the Department of Mental Health serving at Morris Village Alcohol and Drug Addition Treatment Center. There, he was Clinical Chaplain and Supervisor of Clinical Pastoral Education, later becoming Chief of Program Development and Training. Tom married Pauline “Polly” Jackson William of Sumter, SC. They shared 65 years together as they raised a family and served the communities in which they lived. Tom worked with the Boy Scouts, Meals on Wheels, and the soup kitchen at Washington Street UMC. He was a member of Trinity United Methodist Church in Blythewood, SC, where he served in many capacities. Tom was preceded in death by his parents, and his sister Millie McCue. He is survived by his wife, Polly; son, Curt Williams (Ebru); daughter, Pamela Hoppock (Todd); and two grandchildren, Connor Williams, and McKendre Hoppock. A graveside service for Mr. Williams will be held 12 o’clock, Monday, August 24th, at Ft. Jackson National Cemetery with The Rev. Scott Smoak and The Rev. Joey Gambrell officiating. Due to the concerns with Covid-19, social distancing and masks are expected. A livestream of the service will be available and can be accessed by visiting the funeral home website on the day of the service. Shives Funeral Home, Trenholm Road Chapel is assisting the family. The family would like to thank the staff of Wildewood Downs Rehab Center, and Skilled Nursing along with Prisma Health Hospice for the compassionate care they gave him the last few weeks of life. In lieu of flowers, memorials may be made to Trinity United Methodist Church Foundation, 90 Boney Road, Blythewood, SC 29016; or to Epworth Children’s Home, 2900 Millwood Avenue, Columbia, SC 29205.

The family of Mr. Thomas McKendre Williams, Jr. created this Life Tributes page to make it easy to share your memories.